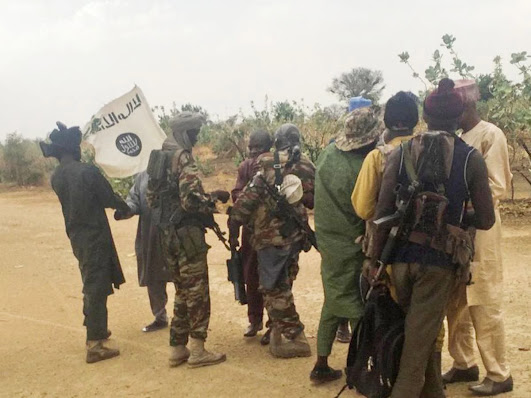 Gaftari village is located between Bama and Konduga local government areas of Borno State where military operations had hindered the operations of the terrorists recently.

The two local government areas are within a distance of 35km and 60km away from Maiduguri, the Borno State capital.

According to information from security sources, over 400 Boko Haram fighters and their families on Sunday night relocated to Bazamri after a massive defeat by troops of Operation Hadin Kai of the Nigerian Army.

A counter insurgency’ expert, Zagalola Makama informed DAILY POST last week that over 70 of the Boko Haram fighters were drowned in a river, after intense military airstrikes in Gaftari and Shehuri, two villages located between Bama and Konduga.

It was reported that the remaining terrorists, along with their families, relocated to a new settlement at Bazamri, few hours after they buried over 40 of their drowned members, who they had recovered from a river intersecting the village.

They were believed to have drowned in the river while escaping airstrikes, as most of them had already sustained injuries that were difficult to survive.

“They relocated to Bazamari, a bush located east of Konduga.

“They moved with their families numbering about 400 after admitting that they were defeated by the Nigerian Army,”