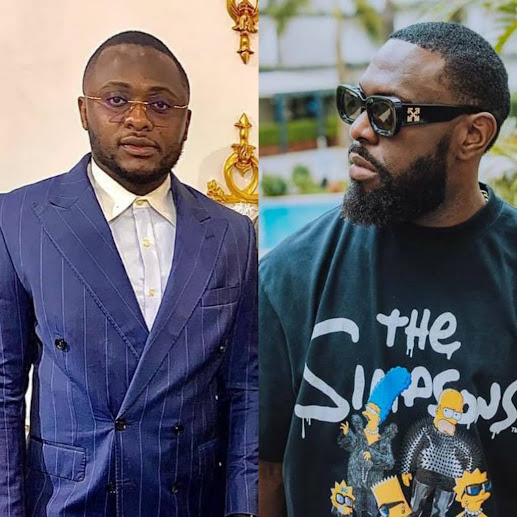 Singer, Timaya, has taken to his Twitter handle to attack music executive, Ubi Franklin. The reason for the attack is however not known.

Timaya who threatened to beat Ubi asked him to focus on his new job of being the "nanny" to singer, Davido's son, Ifeanyi.

''Ubi Franklin u remember the beating I gave u in January last year? Don’t let me beat u againit,and pls I like your new JOB. As Ifeanyi’s NANI and pls don’t mess it up. DAvido is a good guy he can make ur life. Pls focus on ur new JOB. Thanks''he wrote on his Twitter handle this morning 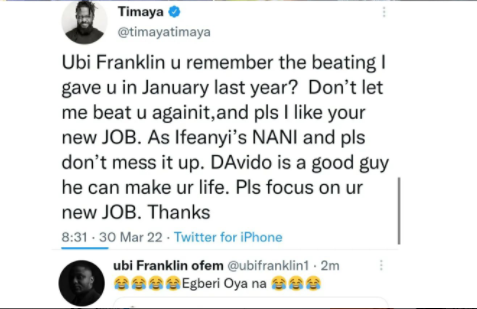