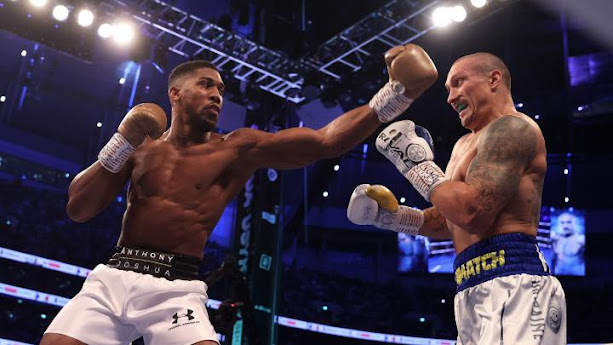 According to Mail Online, a mega-million-dollars deal to move Joshua's bid to regain his WBA, IBF, WBO, and IBO titles away from London was reached in principal at Middle East time last night, with June 25 earmarked as the most likely date.

A rematch between the pair was brought back then, but it was recently put in jeopardy after Usyk returned to Ukraine to help fight against Russian attacks in the country.

Matchroom Boxing boss Eddie Hearn insisted that the rematch would still take place despite the ongoing crisis after Saudi Arabia forked out a reported £90million to host the rematch with June 25 being the frontrunner date, as claims MailOnline.

The price tag for the fight is a third more than the £60million Saudi paid for Joshua's rematch with Andy Ruiz in 2019.

Both fighters recently hinted the rematch would go ahead, with Usyk writing on Instagram: "I decided to start preparing for a rematch with Anthony Joshua. A large number of my friends support me, all the rest of the good and peace, Thank God for everything."

Usyk's training announcement came just three weeks after he put a rematch against Joshua in doubt by stating: "I really don't know when I'm going to be stepping back in the ring. My country and my honour are more important to me than a championship belt."

Joshua will look to become just the sixth three-time heavyweight champion in boxing history by avenging his loss to Usyk.