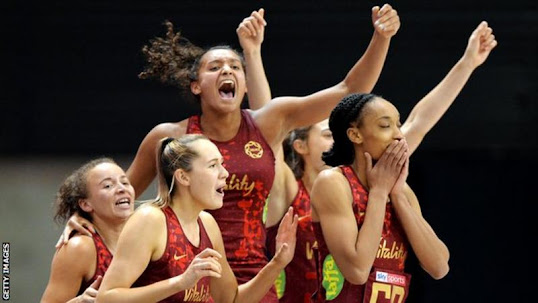 England will host Australia, New Zealand and South Africa in the Netball Quad Series in January.

The four sides will play eight games between 15-19 January at the Copper Box Arena in London.

Australia won the Netball Quad Series when it was last held two years ago.

"The series provides us with much needed competition to test ourselves as we move closer to the hugely anticipated Commonwealth Games," England head coach Jess Thirlby said.

England last played in September, when they claimed their first series win in New Zealand.

They were due to tour Australia in October but the series was cancelled because of the "evolving Covid-19 restrictions" in the country.

Australia are the top-ranked team in the world, with New Zealand second, England third and South Africa fifth.

"Despite the challenges we've faced navigating the pandemic we have managed to seek opportunities which have seen us take on the world's best, but overseas," Thirlby added.