Afghanistan: US offers to pay and relocate relatives of Kabul drone attack victims 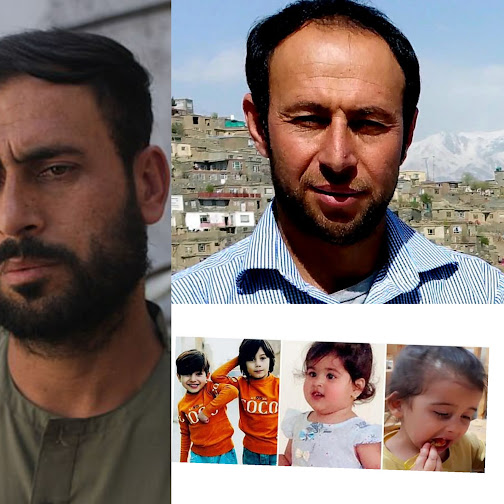 The US government has offered financial compensation and relocation to the relatives of 10 people mistakenly killed by the American military in a drone strike on the Afghan capital, Kabul, in August.

The surviving family members of Mr Ahmadi (pictured top right), who was killed by a US drone strike in August after US military intelligence mistakenly took him for an ISIS-K terrorist, had said they want the Americans responsible for the tragic mistake  to be taken to court, while also asking for financial compensation and resettlement in the United States or another safe country for the rest of their lives.

Zemari Ahmadi, 43, was killed along with seven children and two adult family members. Before his death Ahmadi was an innocent aid worker that worked for a US company that.provided protein nutrition to starving Aghan kids. 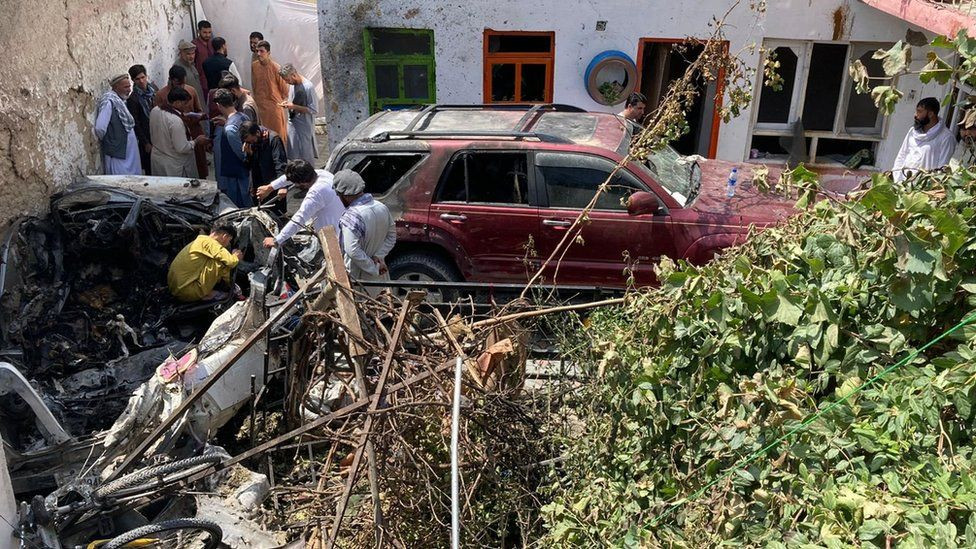 The ill fated strike which took place days before the US military withdrew from Afghanistan came amid a frenzied evacuation effort following the Taliban's sudden return to power and only days after a devastating attack close to Kabul's airport by IS-K, a local branch of the Islamic State (IS) group. 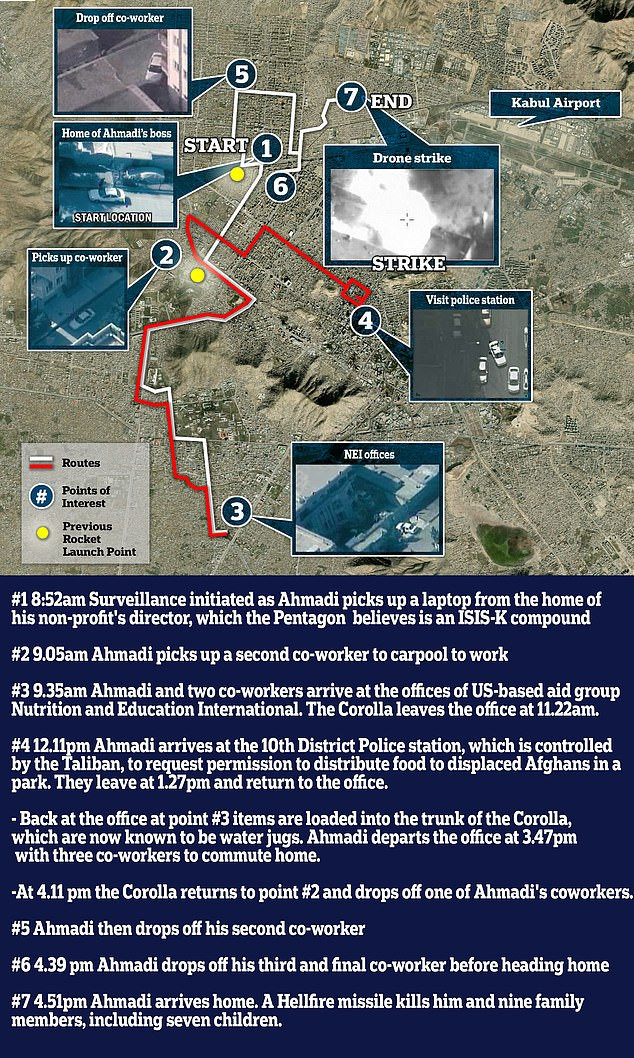 US army General McKenzie described the strike as a "tragic mistake" and added that the Taliban had not been involved in the intelligence that led to the strike.

The US has now offered to pay relatives of the victims while yhe Pentagon said it was also working to help surviving members of the family relocate to the US.

The compensation offer was made in a meeting between Colin Kahl, the under-secretary of defence for policy, and Steven Kwon, the founder and president of an aid group active in Afghanistan called Nutrition and Education International, the Pentagon said in a statement.

Mr Kahl noted Mr Ahmadi and others who were killed "were innocent victims who bore no blame and were not affiliated with ISIS-K or threats to US forces", said a statement attributed to Defence Department spokesman John Kirby.

He reiterated Secretary of Defence Lloyd Austin's commitment to the families, including "condolence payments".

Austin also apologised for the attack, but Mr Ahmadi's 22-year-old nephew Farshad Haidari said that was not enough.

"They must come here and apologise to us face-to-face," he told the AFP news agency in Kabul.