Fear in Abuja over security threat 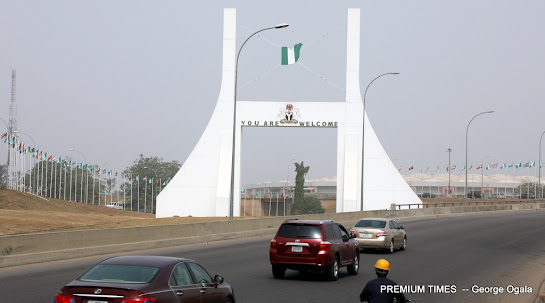 Palpable fear has gripped residents of the Federal Capital Territory, FCT, Abuja over the recent alarm raised by the Niger State Governor, Sani Bello that the Boko Haram insurgents have hoisted their flag in communities close to the nation’s capital.

The Governor had stated that the terrorists have taken over 50 communities in Niger State including Kaure which is just a few kilometres away from the FCT.

According to the governor, Boko Haram insurgents have converted the communities to their homes as done in Sambisa Forest of Borno State.

“Their wives have been seized from them and forcefully attached to Boko Haram members.

“I just heard that they have placed their flags at Kaure, meaning they have taken over the territory.”

”This is what I have been engaging the federal government on, unfortunately, it has now got to this level. If care is not taken, even Abuja is not safe.

“We have been saying this for long. All our efforts have been in vain. I hope the time has come for a more coordinated military activity to take place”.

Barely 24 hours after the governor raised the alarm, the senate deliberated on how to forestall the possible plans by the insurgents to extend its territory to Abuja.

The Senator representing the Niger East Senatorial District, Musa Sani moved a motion through a point of order, tagged: “Activities of bandits and Boko Haram terrorists in Niger State.”

Sani revealed in the motion that some Local Government Areas in the state, including Shiroro and Munya have fallen under the control of Boko Haram with about 5,000 villagers already displaced in the last three days.

According to him, “They have kidnapped many, their wives seized from them and forcefully attached to Boko Haram members.

“Three military camps in Allawi, Bassa and Zagzaga in the two local government areas have been sacked and some security personnel killed by insurgents in the last one month of renewed attacks.”

Similarly, Matthew Urhoghide, the senator representing Edo South Senatorial District in the Nigerian Senate has revealed that some villages and communities in Abuja were already under the siege of terrorists.

He urged members of the House to step up actions that can avert the imminent security crisis in the FCT, insisting that if proactive steps are not taken, Abuja would be next and lawmakers may be the target.

On his part, the Deputy Chief Whip of the Senate, Sabi Aliyu Abdullahi, said the Senate had predicted that the Boko Haram insurgents would extend their territory to Niger State which has become a reality.

According to him, if the current prediction regarding the FCT is not taken seriously, the terrorists may soon find their ways into the city.

“In the past, we said it here that Niger State will be the next target of Boko Haram. What we predicted is coming to pass. Today, they’ve occupied Niger. Abuja is next if Niger State is not rescued by our security forces,” he stated.

The House, therefore, resolved to meet with President Muhammadu Buhari to find a lasting solution to the country’s worsening security challenges.

Similarly, the Department of State Services, DSS in a letter to the Central Bank of Nigeria dated April 28, 2021, alerted of planned attacks by some criminal elements.

DSS urged staff of the CBN to be security conscious, stating that intelligence had revealed planned by kidnappers to adopt some residents of Abuja for ransom and recruitment into terrorism.

The letter reads: “We write to inform all staff to take not of elevated security alert condition around the country and of the need to take special care in their day-to-day activities.

“Security intelligence has informed of plans by undesirable elements to infiltrate every part of the country particularly, state capitals and the FCT with the intent to perpetrate crimes of abduction and kidnapping for ransom or as a recruit for terrorism.

“It is strongly suspected that these activities are likely to be carried out in the evening or night. It is in the light of the foregoing that all staff are advised to take note as follow:

“Exhibit extra caution while at home, en route work or other locations. Be more observant of activities suggestive of abnormal happenings as to avoid falling victim.

“Limit all social engagements to those that are absolutely necessary.

“Retire home immediately after office hours and take special care to ensure that homes are properly secured by ways of reinforcing doors and locks.

“Maintain very low profile and remain as inconspicuous as possible”.

Most residents who spoke with A News Agent correspondent in the territory called on President Muhammadu Buhari to quickly address the issues by using available strategies to ensure Abuja is safe.

John Oduya, a resident of Nyanya, said it would be disastrous for a nation’s capital to be captured by terrorists, noting that the insurgents won’t hesitate if given the chance.

“That is how they will be talking about it until it becomes a reality. It will be disastrous for a nation’s capital to be captured by insurgents.

“This is not time to talk as usual. Boko Haram leaders are far ahead of our government in terms of strategies.

“Hoisting flags in Kaure which is just two hours drive from here is an indication that they are on their way here,” he said.

Also, a spare part trader in Zuba, Mr Ikechukwu, lamented the current security situation in the country and wondered how normalcy can be restored.

“Since I was born I have not heard of this kind of security situation in the history of Nigeria. Sometime, I wonder how we got here and how we can get out of this mess.

“Looking at the large population in the FCT, particularly in markets like this one, if the Boko Haram insurgents find their way here, we are finished,” he said.

A security personnel attached to the FCT Police Command who preferred not to be mentioned in print said he may consider tendering his resignation if any part of the territory is captured by the Boko Haram.

“I know that if they are coming, we are their first target since they consider us as a hindrance. I love my life.

“But I am very sure that such a thing will not happen. Our politicians are here in the FCT. They will do everything possible to stop such an attack because they are not safe too.

When contacted for comment, the FCT Police Public Relations Officer, ASP Mariam Yusuf, was unable to take calls and could not respond to text messages forwarded to her.

However, President Buhari on Friday, assured Nigerians that the nation will overcome the current security challenges.

Major General Babagana Monguno (Rtd), the National Security Adviser made this known while briefing the State House correspondents shortly after a meeting with the President.

President Buhari hosted security chiefs at the State House to deliberate the active threats to the lives and property of the citizens nationwide.

According to Monguno, the president said, “While the insurgents, bandits and criminals are still at it, he does not doubt that the security agencies and all of us as a nation will certainly overcome the current security problems”.

The parley was, however, adjourned until Tuesday morning to receive further briefings from the Security Chiefs.