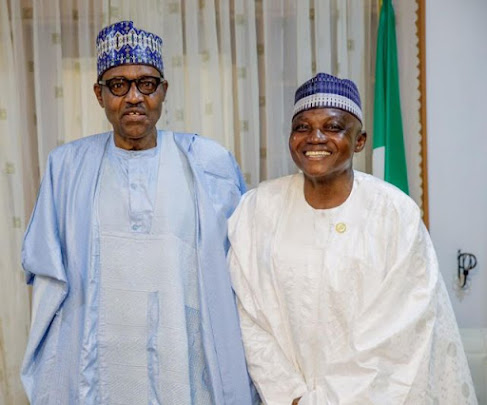 The Presidency on Tuesday criticised calls for secession noting that President Muhammadu Buhari will not be bullied.

Addressing journalists during a media parley at the headquarters of the All Progressives Congress in Abuja, presidential spokesman Mr Garba Shehu said those advocating for secession are the problem of the country.

He said that although the Federal Government is working to address challenges being faced in the country, those calling for secession and national conference are unelectable people who do not care for the nation’s democracy.

“One thing with this president is, you can’t intimidate Buhari, you can’t bully him,” he said. “A lot of these people who are calling for secession, they are the problem of this country. And I am happy that reasonable opinions, voices are now rising.

“Is it not only yesterday we read about Afenifere — the most credible faction of Afenifere — saying ‘we’re not for secession’? Ohanaeze Ndigbo said this over and over again.

“So, this thing about secession is they had used it in the past. You cry secession and breakup Nigeria and then you intimidate the sitting leader and then he opens the vault and he brings money to settle people.

“President Buhari will pay no one. He is not going to pay, and now it is clear that having ignored all of that, reasonable opinions are coming from those states and from those regions.

“The governors in the southwest — we have all heard them — they have denounced all of these things.

“So, it’s a sham. Nigerians want to be one. They want to continue. Yes, there are problems and we are hoping that as people united and loving of one another, we will come together and solve our problems.”