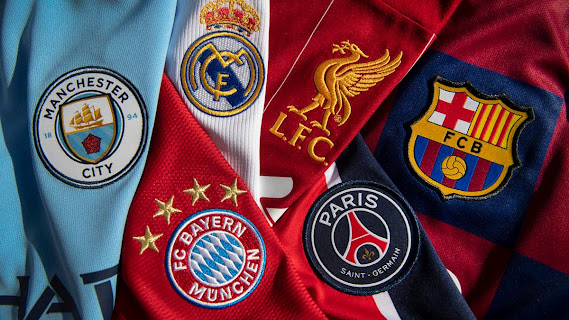 The creation of the European Super League has been officially announced.

Twelve of football’s biggest clubs in Europe confirmed defied threats from their league and UEFA, announcing they have formed a new breakaway league, with each side set to immediately receive a share of £3billion.

Arsenal, Chelsea, Liverpool, Manchester City, Manchester United and Tottenham had all declared as members of the new league.

In Spain, Barcelona, Real Madrid and Atletico Madrid have all joined while Inter Milan, Juventus and AC Milan joined from Italy.

Yesterday, managements of the Serie A, Premier League and LaLiga met with UEFA to release a statement where they vowed to do everything in their power to block the breakaway, including banning clubs from playing in domestic competitions.

However, these threats did not have any effects on the breakaway clubs as they released their own statement confirming that they would be pressing ahead with plans for a new European Super League.

A statement from the newly formed group read, “Twelve of Europe’s leading football clubs have today come together to announce they have agreed to establish a new mid-week competition, the Super League, governed by its founding Clubs.

“It is anticipated that a further three clubs will join ahead of the inaugural season, which is intended to commence as soon as practicable.

“Going forward, the founding clubs look forward to holding discussions with Uefa and Fifa to work together in partnership to deliver the best outcomes for the new League and for football as a whole.

“Further, for a number of years, the founding clubs have had the objective of improving the quality and intensity of existing European competitions throughout each season, and of creating a format for top clubs and players to compete on a regular basis.

“The pandemic has shown that a strategic vision and a sustainable commercial approach are required to enhance value and support for the benefit of the entire European football pyramid.

“In recent months, extensive dialogue has taken place with football stakeholders regarding the future format of European competitions.

“The founding clubs believe the solutions proposed following these talks do not solve fundamental issues, including the need to provide higher-quality matches and additional financial resources for the overall football pyramid.

“As soon as practicable after the start of the men’s competition, a corresponding women’s league will also be launched, helping to advance and develop the women’s game.

“The new annual tournament will provide significantly greater economic growth and support for European football via a long-term commitment to uncapped solidarity payments which will grow in line with league revenues.

“These solidarity payments will be substantially higher than those generated by the current European competition and are expected to be in excess of €10 billion during the course of the initial commitment period of the Clubs.

“In addition, the competition will be built on a sustainable financial foundation with all founding clubs signing up to a spending framework.

“In exchange for their commitment, founding clubs will receive an amount of €3.5 billion solely to support their infrastructure investment plans and to offset the impact of the COVID pandemic.’

Perez said of the new breakaway Super League: “We will help football at every level and take it to its rightful place in the world. Football is the only global sport with more than four billion fans and our responsibility as big clubs is to respond to their desires.”