PDP to Buhari: Demands for the sack of Financial Minister 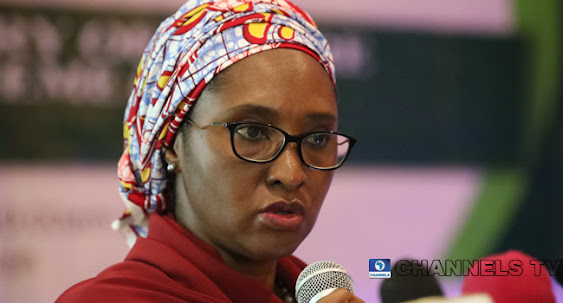 The People's Democratic Party has asked President Muhammadu Buhari to sack Minister of Finance, Zainab Ahmed for “attempting to mislead Nigerians” over allegations of the federal government printing N50-60 billion to support states’ allocations in March.

Recall that while Zainab Ahmed denied claims of the federal government printing money for states to share,  Governor of the Central Bank of Nigeria (CBN) Godwin Emefiele said "there's no need for all the controversy around money printing as the concept of printing of money is about lending money."

However in a statement released on Friday April 16 by PDP's spokesperson Kola Ologbondiyan, the opposition party said "the admission by CBN Governor, Godwin Emefiele, that the apex bank has been printing money at the bidding of government, has vindicated its earlier stand that the Buhari-led APC administration is characterized by concealments, deceit and falsehood."

“The PDP asserts that the admission by CBN Governor, Godwin Emefiele, that the apex bank has been printing money at the bidding of government, has vindicated its earlier stand that the Buhari-led APC administration is characterized by concealments, deceit and falsehood.

“The PDP flays the Minister of Finance, Budget and National Planning, Hajiya Zainab Ahmed, for attempting to mislead Nigerians by denying the revelations by the Edo state, Godwin Obaseki, that N60 billion was printed in March to support federal allocation to states.

“A situation where the Federal Government cannot articulate and implement policies favourable to wealth creation but resorting to borrowing and indiscriminate printing of currency notes, only goes to further confirm that the Buhari administration lacks the credibility and capacity to run a nation.

“The PDP calls out President Muhammadu Buhari to come clean on the amount that has been printed so far by the CBN to finance the deficit caused by the financial mismanagement of his government as well as what the funds had been used for.

“Furthermore, for failing the full disclosure test, the PDP demands that the Minister of Finance should immediately be relieved of her position, while the President accepts responsibility for the indiscriminate printing of currency in our naira.”