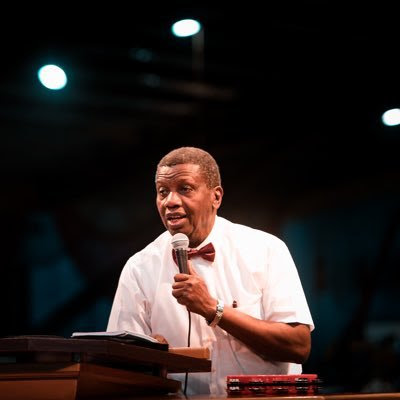 The General Overseer of the Redeemed Christian Church of God, Pastor Enoch Adeboye has suggested prayers as a way of tackling banditry.

Adeboye said the power of prayers would help curb the menace of banditry and all forms of criminality in the country.

The RCCG G.O. stated this when he visited Governor Kayode Fayemi of Ekiti State over the weekend.

He also frowned at the abduction of a traditional ruler in the State and the shooting of another monarch.

Adeboye lamented that citizens no longer regard traditional rulers.

“I want to assure you sir, that we are praying for the state.

“We are praying for this state because we are concerned that even the institution of Obaship is no longer considered sacred by these bandits. For a Yoruba boy like myself, that is heart-rendering.

“Because definitely we are fighting a war that we cannot win by human wisdom or human ability. Because the elders have a saying, that you can never be as wise as someone who has laid an ambush for you; because the one who laid the ambush must have studied your movement, knows your routes and routines. It’s only God that can rescue you. But there is a God who can ambush the ambusher.”

Recall that unknown gunmen had invaded the Ilemeso community in Oye Local Government Area of Ekiti state and whisked away a traditional ruler, Oba David Oyewumi.

Abutu described the abduction as unfortunate.