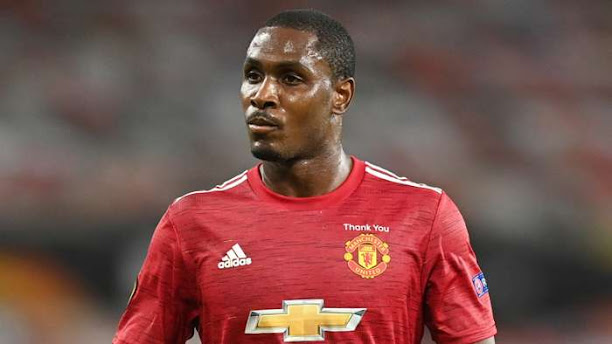 Odion Ighalo has revealed that West Ham and West Brom were keen on keeping him in the Premier League when he left Manchester United, while an approach from Tottenham was shunned prior to moving to Old Trafford.

The Nigerian striker completed a dream switch to the club he supported as a boy when a loan agreement with Shanghai Shenhua was pushed through in January 2020.

That short-term deal was extended through to the start of 2021, at which point the 31-year-old opted to head for Saudi Arabian side Al-Shabab, but the option was there for him to remain in England

What has been said?

Quizzed by Sky Sports on whether Premier League interest was shown when it became clear that he would be leaving United, Ighalo said: "Yeah, there was the possibility of West Ham and West Brom to stay in the Premier League, which I thought about.

"But after being at Manchester United, the biggest club in England if not the world, what else could I possibly do in the Premier League?

"I had good offers to stay in England, but I just didn't think I could stay after achieving my dream of playing for the club I had supported since I was young.

"I came all the way from China because it was Manchester United when I had already rejected other offers because United has always been my dream."

Did Ighalo snub any other Premier League sides?

Having previously caught the eye in England during a productive spell at Watford, Ighalo had been registering on recruitment radars for some time prior to joining the Red Devils.

Spurs were among the first to make a move, but advances from north London were knocked back once Ole Gunnar Solskjaer put his cards on the table.

Ighalo added on the links to Tottenham: "That was close - my agent called me and told me they had offered to match whatever I was earning but once I heard Manchester United were interested, there was no turning back.

"I couldn't think about anything else other than making the Manchester United deal work. I was going to have to take a pay cut but I didn't care, I just wanted the deal to happen.

"I just wanted to play for Manchester United. It's my dream club and it was always going to be a privilege for me to play at Old Trafford."

How did Ighalo get on at United?

Ighalo scored five goals through 19 appearances in the second half of the 2019-20 campaign, but he was restricted to just four outings in the current campaign, as Anthony Martial and Edinson Cavani battled it out to fill a central striking berth.

Asked if staying on at Old Trafford was ever an option, Ighalo said: "There wasn't much possibility because I wanted more playing time. At my age, I want to play and not just sit on the bench and not have any minutes.

"I didn't just want to be there picking up a salary - I wanted to be involved so I said to my agent that if an offer comes in, I will look at it and see what's best for me, which is what I did

"I'm so happy that my path crossed with Manchester United - it's the club I love with all my heart and for all my life so playing for them was a big privilege that I do not take for granted.

"No matter the circumstances that led me to leave, I will always be grateful to the coach, my team-mates, the fans, and everyone around Manchester United."