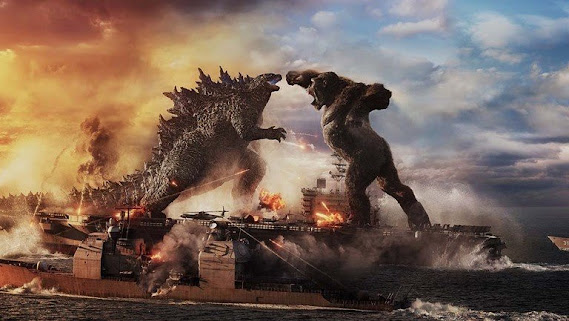 “Godzilla vs Kong” is officially now the biggest box office hit in the US and Canada since COVID-19 shut down cinemas a year ago after hauling a record of more $60 million, $1.5 million more than what sci-fi thriller “Tenet” brought in last year.

“Godzilla vs Kong” started its record run with a March 31 opening weekend as more than 3,000 screens across North America showed the giant reptile from Japan butting heads with the gorilla from Skull Island.

The movie was produced by Warner Bros. Warner Bros also produced the fourth and fifth top earning films of the pandemic era.

In its second weekend, the film is still number one despite tumbling 58 percent to $13.4 million from 3,084 theaters for a domestic total of $69.5 million and worldwide haul of nearly $360 million.

Globally, its total through Sunday stood at $357.8 million.