Frank Lampard to be England's next manager 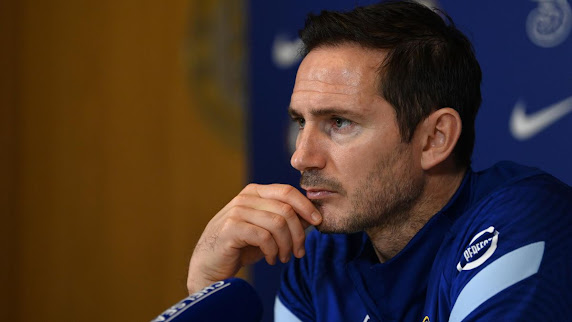 Former Chelsea manager, Frank Lampard, is one of the favourites to take over as England U-21 manager, after Aidy Boothroyd’s stint ended following a wretched European Championship campaign.

The Football Association on Friday morning confirmed Bothroyd’s contract will not be renewed.

The 50-year-old will also leave the FA’s set-up rather than being rehoused elsewhere in the system.

England finished bottom of their Euro 2021 group after defeats to Switzerland and Portugal last month.

A last-gasp Croatia goal in the last group fixture saw them miss out on qualifying on goal difference.

But the general performances drew strong criticism of Boothroyd, who has been at St George’s Park this week before ending his seven-year spell at the FA.

Although Lampard is a frontrunner for the role, the FA will also consider former Bristol Rovers manager Paul Tisdale.