Cattles to have database as Senate endorses bill 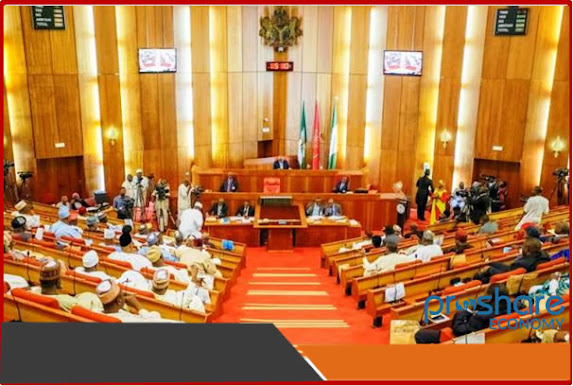 A bill seeking to create a database for cows is currently being considered on the floor of the senate.

The bill for an Act to ‘establish national livestock and management (protection, control and management etc) bureau’ is being sponsored by Bima Enagi (APC, Niger South) and it scaled a second reading on Tuesday April 20.

The legislation is aimed at solving the challenge of animal identification and management by establishing the National Livestock Bureau for the purpose of livestock identification, traceability, registration, cattle rustling control and livestock disease control.

Enagi who stated that Nigeria has been unable to participate in the export of meat and other dietary product due to the absence of a management system, said the bill intends to indicate ownership and prevent rustling as well as collate genetic information on animals, and improve the ability to trace animals.

"Livestock identification refers to keeping records of individual farm animals or groups of farm animals so that they can be more easily tracked from their birth, through the marketing chain, to the table."

Supporting the bill, Senator Sabi Abdullahi (Niger North - APC) said passing the bill into law is key to implementing the economic diversification goals of the current government, and solving the herders-farmers crisis.

Senator Kabir Abdullahi Barkiya (Katsina Central - APC) on the other hand said being able to track livestock would significantly reduce cattle rustling, a trend he said is worsening banditry in the northern region.

Senator Bala Ibn Na'Allah (Kebbi South - APC) described the bill as 'one of the best legislation' introduced in the chamber, especially in view of the lingering insecurity crisis.

When Senator Bashir Ajibola (Osun Central - APC) raised a constitutional point of order as to whether the National Assembly has the power to legislate on the subject matter, it was overruled by Senator Na'Allah and Senate President Ahmad Lawan (Yobe North - APC).

The bill was passed for a second reading and referred to the Committee on Agriculture and Rural Development to report back within four weeks. A similar bill was previously passed for a third reading by the Eighth Senate, but was never signed into law.