Wana Udobang’s New Article on Body Positivity, Beauty & Self-Love is a Must Read! 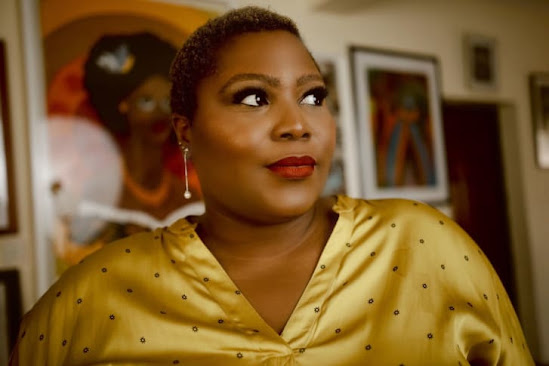 Writer, performer and TV personality Wana Udobang wrote an article on CNN Style titled “My body went viral twice. This is how it felt“, is all about body positivity, beauty, limitations of self-love and the power of art in reconnecting with the self.

As far as I was concerned, I was just wearing beach-appropriate clothing while on holiday. Why is it that me documenting these seemingly normal activities conjure such loaded words?” she wrote.

Read excerpts from the essay:

The first time my body went viral, it was a photograph I posted on my Instagram. I’m wearing a blue swimsuit and I’m standing with one hand on my hip striking a pose on the beach in Havana, Cuba. I certainly didn’t expect the number of reposts and neither did I expect people commenting in my inbox with words like “Brave,” “Inspiring,” and “Confident.”
As far as I was concerned, I was just wearing beach-appropriate clothing while on holiday. Why is it that me documenting these seemingly normal activities conjure such loaded words?

But, in fact, my body has always been one of the major narratives in my life. For example, many of the nicknames I was given as a child were related to my fatness, like “fatty bum bum” — said in endearment. My body seems to precede everything else about me — at least in other people’s minds.

As a result, I have always been aware of its ranking on the beauty and desirability front. In fact, whenever my body is the subject of conversation, someone usually says something about my “pretty face,” leading me to believe that I might have had the chance to be beautiful, but because of my body, I did not make the cut.

And while self-love has been a necessary part of shaping my own self-perception into something positive, it is not the panacea it is often touted to be. It hasn’t quite insulated me from the impact of other people’s thoughts about my physical form. 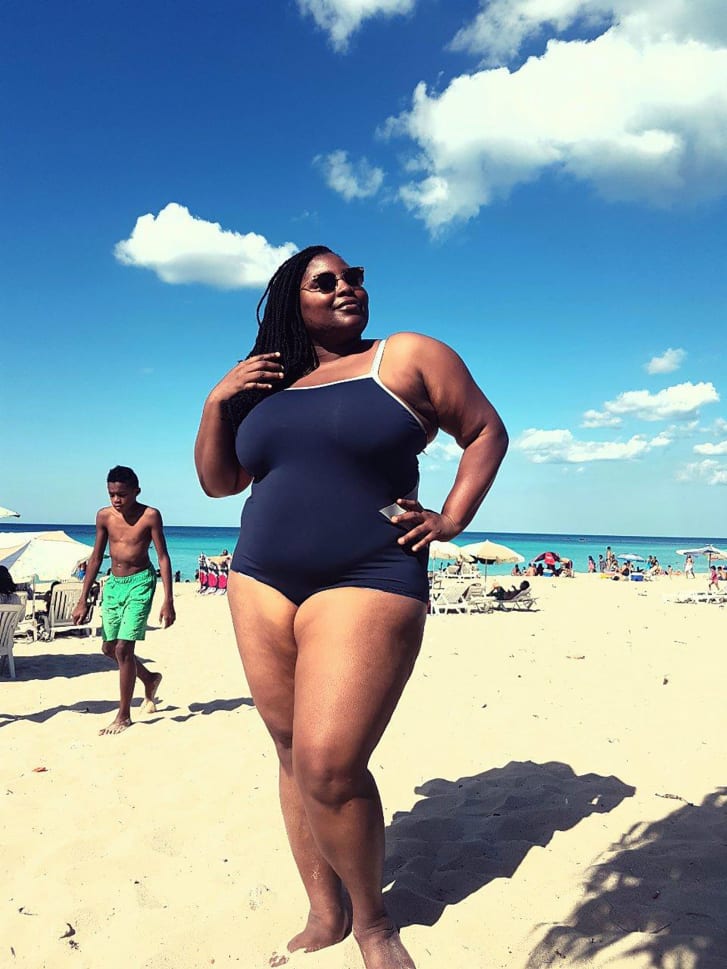 The second time my body went viral, it was the result of a collaboration between me, Swedish designer Mina Lundgren of Notion of Form, and Nigerian photographer Lakin Ogunbanwo. The project was an exploration of the body as a sculptural form, with photos showing how folds, tan lines and stretch marks can become markers of interest. The result was a series of still images and a short film narrated with poetry that I had written.

The poem reads: “You came out of your mother’s womb, a sculpture of brittle bones and wrinkled flesh glistening in stardust and magic. You are miracle child, a lineage of women defying the notion of form. You are art, a body gorging with stories of love and loss, off absence and abundance, you are wild, soft and free. This is why they call you beautiful.”

The reception was overwhelmingly positive, and again my inbox was inundated with messages applauding my bravery, and admiration for my choice to bare my skin, as well as invitations to speak about body politics on Instagram live chats and television shows. And while part of me will remain bewildered by the fact that images of me can illicit such strong responses, it would be disingenuous to pretend that I don’t have some idea why.

Bodies like mine are often deemed undisciplined, lazy, unruly, shameful, lacking in self-control and steeped in low self-esteem, so even any compliments that allude to my level of confidence and assumed boldness are likely to be rooted in bias.

This is also why me posting a photo of myself wearing a bathing suit automatically throws my body — and all of me –into a “political” position, it’s seen as me making a statement. But it also denies me the privilege of simply being vain, self-indulgent or just showing off my beach body, as smaller women might do.

Read the full article on CNNStyle