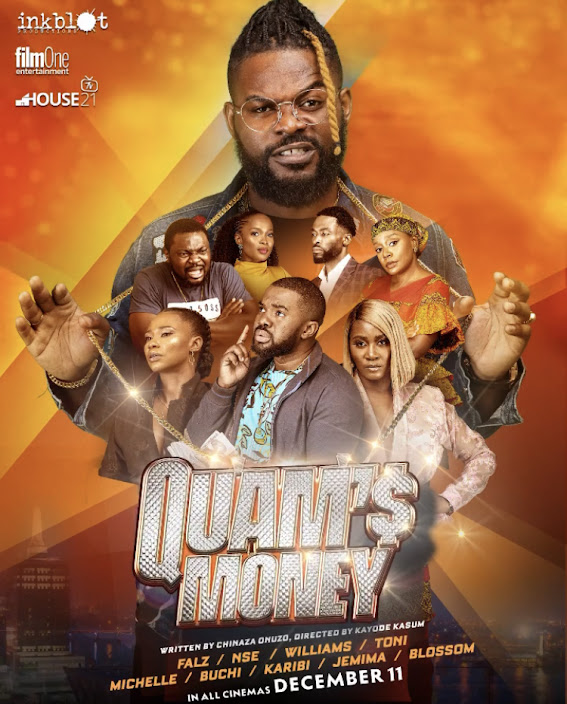 There’s a spin off of Inkblot Productions and Filmone Distribution‘s 2018 film “New Money” and this one is titled “Quam’s Money“.

“Quam’s Money” follows the adventures of security guard-turned-millionaire ‘Quam’ played by Folarin ‘Falz’ Falana as he navigates the world with his new found wealth.

‘”Quam’s Money” is out in cinemas nationwide on December 11.

Watch the teaser below: