WTO DG: ‘We Will Not Relent’, Buhari Says As EU Restates Support For Okonjo-Iweala 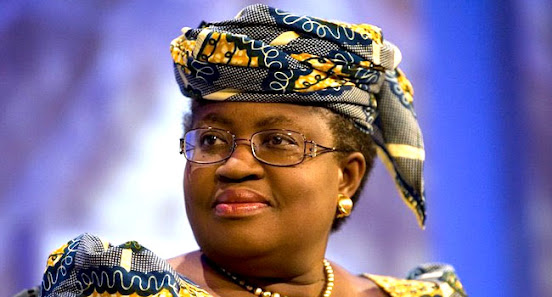 The President gave the assurance in a tweet on Friday following a video conference with the President of the European Council, Mr Charles Michel.

He thanked the council for its support for Dr Okonjo-Iweala – Nigeria’s candidate for the position of the director-general of the global trade organisation.

The Special Adviser to the President on Media and Publicity, Femi Adesina, gave details of issues discussed by President Buhari and Mr Michel

He disclosed that the council president reiterated the support of Europe for Dr Ngozi Okonjo-Iweala to become the next WTO chief.

According to Adesina, the President is leading Nigeria’s charge for Okonjo-Iweala – the country’s former Minister of Finance – to emerge as the first black and female to occupy the office.

Also discussed during the conference were issues bordering on debt relief for Africa, EU-African relations and recharge of the Lake Chad.

The presidential aide said the lake has currently shrunk to less than one-third of its usual size, throwing “about 130 million people” who depend on it into dire straits.

“Recharge of the Lake Chad is an issue the Nigerian President had vigorously canvassed at diverse global fora in recent times.

The third and final round of the selection process of the Director-General of the WTO was concluded on Tuesday, and the result was formally announced the following day.

Dr Okonjo-Iweala secured the support of the majority of the member countries according to the result announced, but she was yet to be declared and returned the winner.

This is because apart from winning the election, all the 164 Member States of WTO were expected to adopt a winner by consensus, in accordance with the rule of procedure of the WTO.

The former finance minister had also secured cross-regional backing, with only the United States opposing the consensus.

However, a meeting of the General Council of the WTO has been scheduled for November 9, for the final decision on the election process.

The Nigerian Government promised to continue to engage relevant stakeholders to ensure that the lofty aspiration of Dr Okonjo-Iweala to lead the WTO was realised.