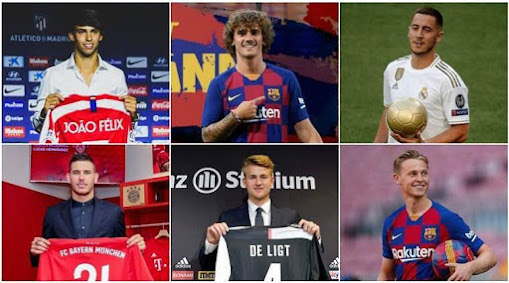 Carlo Ancelotti insists 20-year-old striker Moise Kean will be back next season to rejoin Everton after his loan with Paris St-Germain finishes. (Liverpool Echo)

Wales and Spurs star Gareth Bale has donated £15,000 to fund 300 Christmas hampers to feed those most in need in Wales. (Wales Online)

Arsenal's director of football operations Huss Fahmy is to leave the club after three years with the Gunners. (Standard)

Newcastle United are identifying transfer targets for the next two transfer windows, with Steve Bruce hoping the club's scouting team will eventually be able to watch these players in the flesh, because the alternative is not his 'cup of tea'. (Chronicle)

Midfielder Barry Bannan is keen to sign a new Sheffield Wednesday contract and the 30-year-old would want to stay even if the Owls were to be relegated this season. (Yorkshire Post)