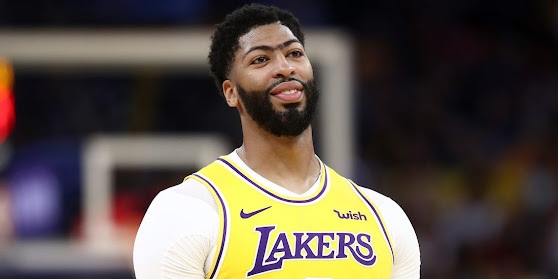 Davis, 23, was charged with seven offences, including two counts of assault, after an incident involving a woman in Manhattan on Tuesday.

The criminal complaint alleges Davis hit the woman in the face, also causing her son standing nearby to fall.

The Raptors said they "take these issues very seriously" in a statement.

"We will fully co-operate and support the league in its investigation of this matter as we work to determine the appropriate next steps for our team," the team said on Friday.

Davis has also been charged with endangering the welfare of a child, criminal mischief, aggravated harassment, attempted assault and harassment.

His lawyer, Gabriel Esposito, told TSN that his client has entered a plea of not guilty.

The Raptors signed Davis as a free agent after he was not drafted in 2019.

He played all 72 regular season games in the 2019-20 season, averaging 7.5 points, 3.3 rebounds and 1.6 assists per game, before playing in six play-off games as the Raptors were beaten by the Boston Celtics in the Eastern Conference semi-finals.