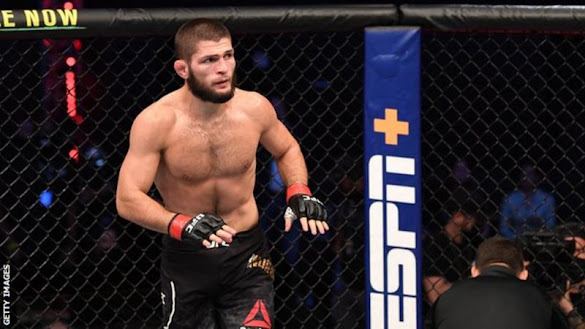 Three people were killed in Nice on Thursday, just two weeks after a teacher was beheaded in a Paris suburb.

Nurmagomedov, who is Muslim, used social media to accuse Macron of "offending the feelings of more than 1.5 billion Muslim believers".

The post included an image of a boot print over Macron's face.

Nurmagomedov added: "We are Muslims, we love our Prophet Muhammad (peace and blessings of Allah be upon him) more than our mothers, fathers, children, wives and all other people close to our hearts."

Macron described the stabbings outside Nice's Notre-Dame basilica as an "Islamist terrorist attack".

The French president had earlier caused anger in several Muslim-majority countries for his comments about the death of teacher Samuel Paty, who was targeted after showing cartoons of the Prophet Muhammad to his students.

Macron subsequently defended the right to publish the cartoons.

He is considered by some to be the greatest UFC fighter of all time.