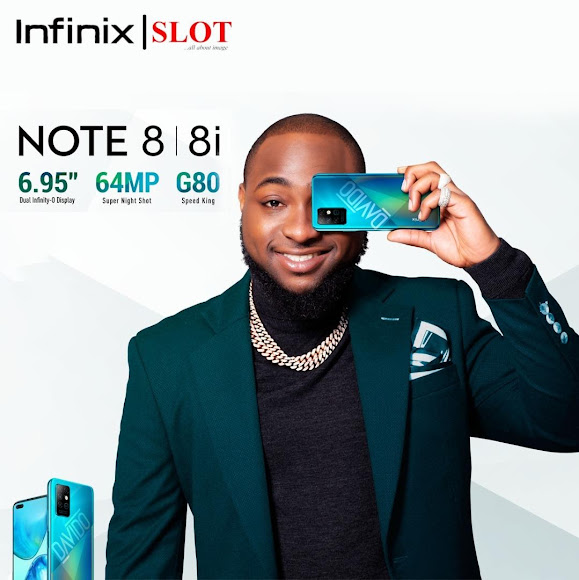 Over the last few weeks, Infinix has floated its candy before the eyes of tech enthusiast intensifying their craving for the soon to be released device. Through several social media posts, Infinix has hinted at the imminent release of the NOTE 8 and we all can’t wait for the device to hit the shelves.

Although the proposed date for the launch in its initial teaser videos and banners has passed without any launch, there are reasons to believe that the launch will take place sometime this month.

However, here’s more interesting news. Infinix is set to be the first smartphone company in sub-Sahara Africa to launch a limited edition device with a celebrity. A special edition of the NOTE 8 will be released alongside the primal version of the NOTE 8 and the NOTE 8i. The special edition is signed by Infinix’s brand ambassador David Adeleke, popularly known as Davido.

The available stock for the special Davido-signed edition is limited. However, interested shoppers can get one for themselves at exclusive SLOT outlets nationwide and on their website Here. Exciting free gifts are also available if you’re among the lucky few to buy this device while stocks last.

The Infinix NOTE 8 is targeted at the mid-to-high-end market segment and it comes with several interesting features. The device on-boards a super-fast processor – the MediaTek Helio G80 processor, which supports ultra-fast gaming speed, stable graphics in-game, easy multitasking as well as an all round optimal performance.

The device also sports six cameras in total. It comes with a dual selfie camera which is cut out from its super-wide 6.95inches screen. On the back, the NOTE 8 crams a 64MP super night shot camera for an amazing night shot photographs and other photography needs.

Many Infinix loyalists and smartphone enthusiasts are already clearing their carts and lining up in preparation for the launch of the Infinix NOTE 8. Now that there’s a special Davido edition in sight, the queue might just be doubling up.

You can also join their community of young and vibrant fans on XClub via the app on your Infinix device or click on this link to download the app if you’re a non Infinix user.