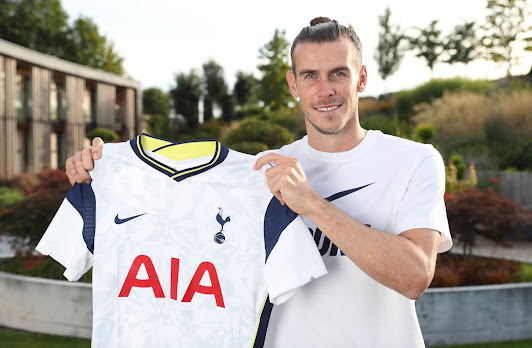 The 31-year-old forward has rejoined Spurs having left them in 2013 for a then world record fee of £85m.

"I'm sure that if things really worked out well, we'd have no problem," said Jonathan Barnett.

"This is the club he wants to play at. I don't see any problems if he wants another year."

Bale, who was close to leaving Real Madrid for China in the summer of 2019, has a contract until 2022 with the Spanish giants and at the moment is scheduled to return at the end of the season.

Barnett, speaking to BBC Radio 4's Today programme, added: "Hopefully the subject [of returning to Real] won't come up. He will be so successful at Tottenham he'll want to stay and it will be a simple deal to do the rest."

He is also the top-scoring British player in La Liga - with 80 goals and 40 assists in 171 league appearances.

"What I hope is he'll get his love back for the game and play the way he can, but it's up to him," said Barnett.

"And he's not on trial anywhere. He's achieved more than any other, I think, British footballer abroad, so I think he's fine."

Bale 'should have been treated better'

Bale has been hampered by injuries in his time at Real and was booed by sections of the Spanish club's fans during the 2018-19 season.

He also fell out of favour under manager Zinedine Zidane, who said it would be "best for everyone" if Bale left in July 2019.

"In my opinion, he wasn't treated correctly for somebody who's done so much for a great club," said Barnett. "I think that things were wrong.

"It's hard to put one finger on it but I think somebody who has achieved what he has achieved for a club, in seven years, should have been treated better.

"I don't want to blame anybody or go into it. I think what the fans did was disgraceful and the club didn't help. That's all I really want to get into."

'Spurs made the first move'

Tottenham will have to wait for Bale to make his second debut for the club as he has a knee problem sustained on Wales duty.

Spurs said they expect Bale "will be match-fit after October's international break".

Asked how the move to the north London side came about, Barnett added: "Basically it was a conversation between [Tottenham chairman] Daniel Levy and myself where the subject came up, I suggested it and Daniel was interested.

"So that's basically how it was done. No magic, just long chats.

"Daniel Levy's been interested in bringing Gareth back for a long time. There was always a reason why it couldn't happen. Just this was the right moment.

"They made the move first."