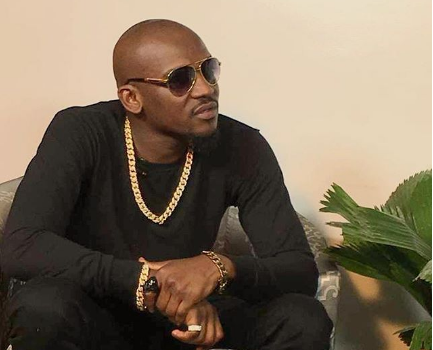 Nigerian singer, Joel Amadi has confirmed that his father was shot dead by Fulani herdsmen amid the incessant killings in Southern Kaduna.

The singer also called out governor Nasir El-Rufai and accused of him of not doing enough to curb terrorism in Kaduna State.

He wrote: 'It’s just been confirmed that my lovely Dad is dead-shot by herdsmen and my mom and sisters can’t even talk to me on phone please tag @elrufai he needs to know that he is not doing enough to curb the state of terrorism in Kaduna state.' 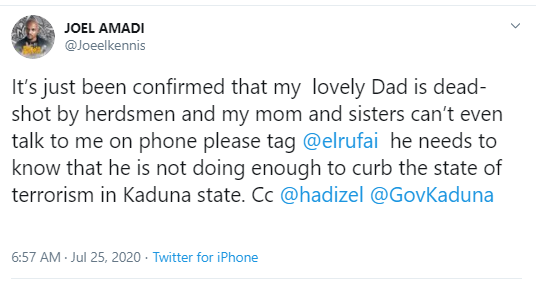 This comes a few hours after Joe El reported an attack on his father's village Zikpak, Kafanchan, and also disclosed that his dad and some other villagers were missing.