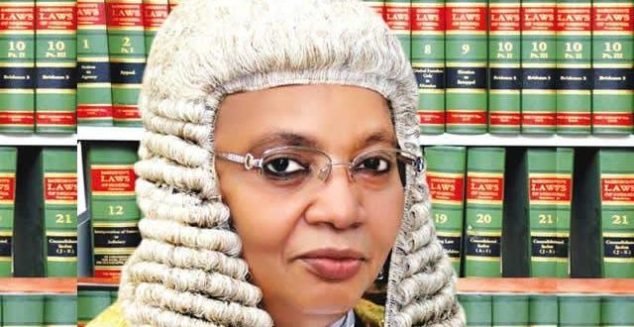 President Muhammadu Buhari has named Monica Dongban-Mensem as substantive President of the Appeal Court in Nigeria.

Buhari made the move after coming under intense criticisms from Nigerians including a retired colonel, Abubakar Umar.

Garba Shehu, Senior Special Assistant on Media and Publicity to the President, announced the nomination in a statement on Monday.

According to the statement, Buhari had sent Dongban-Mensem’s name to the Senate for confirmation.

He said her nomination followed the recommendation of the National Judicial Commission in line with the provisions of the constitution.

Buhari had last week extended the protem appointment of Dongban-Mensem, who is a Christian, without formalising her position as substantive head of the Appellate Court.