Our COVID-19 Remedy Was Rejected By The West Because It’s “African”, Madagascar President Says 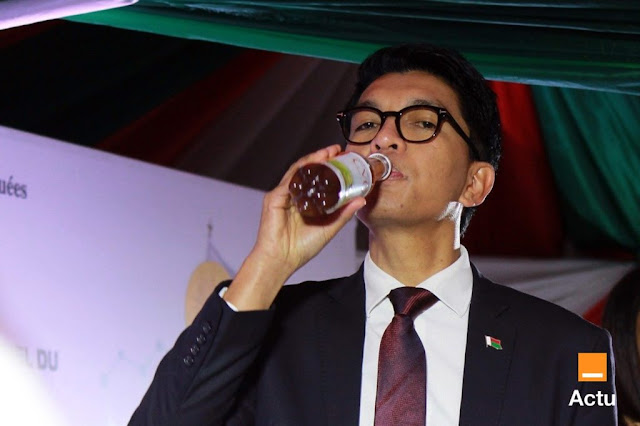 Madagascar President, Andry Rajoelina, on Monday, batted away criticism for promoting a home-grown “remedy” for COVID-19, saying that the West has a condescending attitude towards traditional African medicine.

“If it wasn’t Madagascar, and if it was a European country that had discovered this remedy, would there be so much doubt? I don’t think so,” he told French media in an interview.

The World Health Organisation has repeatedly warned that the COVID-Organics infusion, which Rajoelina has touted as a remedy against the deadly Coronavirus, has not been clinically tested, the AFP reports.

The drink is derived from artemisia – a plant with proven anti-malarial properties – and other indigenous herbs.

“African scientists should not be underestimated,” he told France 24 and Radio France International.

“I think the problem is that (the drink) comes from Africa and they can’t admit that a country like Madagascar has come up with this formula to save the world,” said Rajoelina, who claims the infusion cures patients within 10 days.

Already Equatorial Guinea, Guinea-Bissau, Niger and Tanzania have taken delivery of consignments of the potion, which was launched last month.

“No country or organisation will keep us from going forward,” Rajoelina said in response to the WHO’s concerns.

He said proof of the tonic’s efficacy was in “the healing of our sick”.

Madagascar has officially reported 183 Coronavirus infections and 105 recoveries, with no deaths.

“The patients who were cured were cured through the administration of COVID-Organics alone,” the President said.

He referred to the remedy as “an improved traditional medicine”, adding that Madagascar was not conducting clinical trials but “clinical observations” in accordance with WHO guidelines.