Twitter user @Kinyels who tweeted "Anybody can die anytime, enjoy your life! You only live once" is dead


A young Twitter user named Dolapo is being mourned by his followers days after he took to the platform to advise everyone to live their best lives because they could die at any moment. 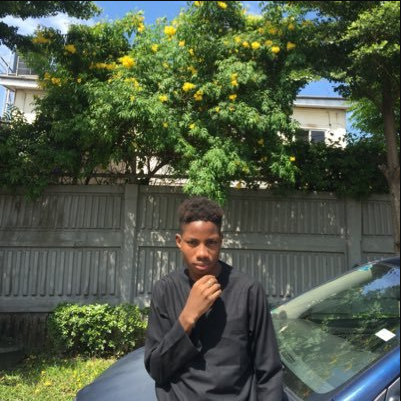 His last tweet was shared on February 22. This morning, his followers went under his tweet to reveal that he has passed on.

One of them claimed that he died in his sleep.

Below are reactions to news of his death. 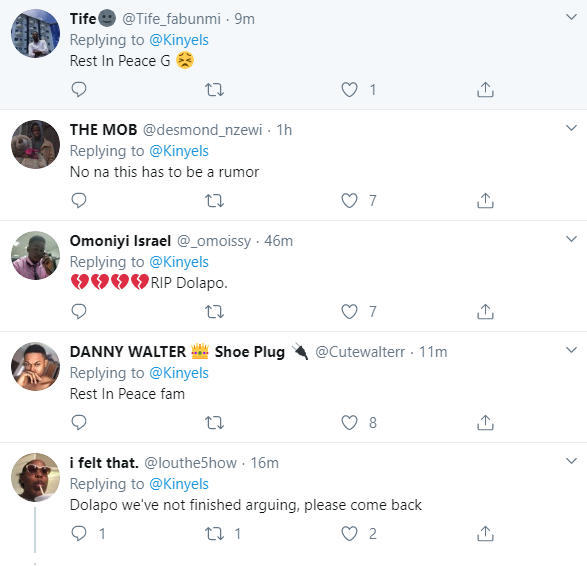 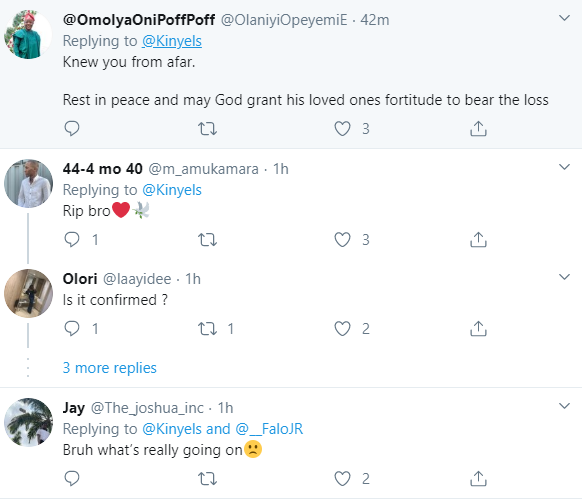 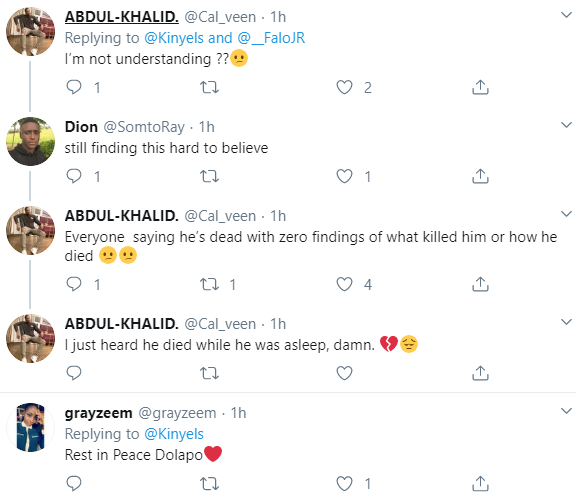 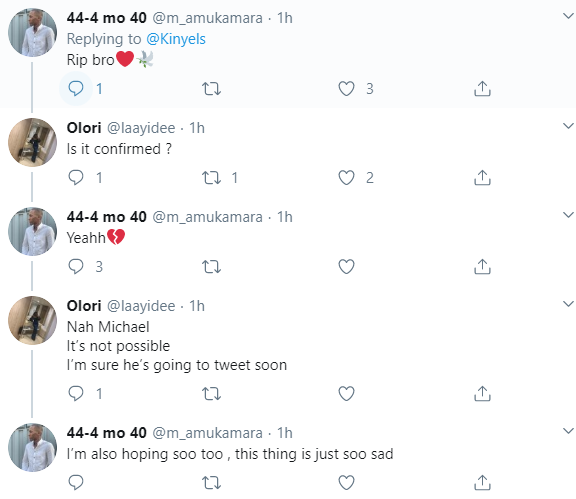 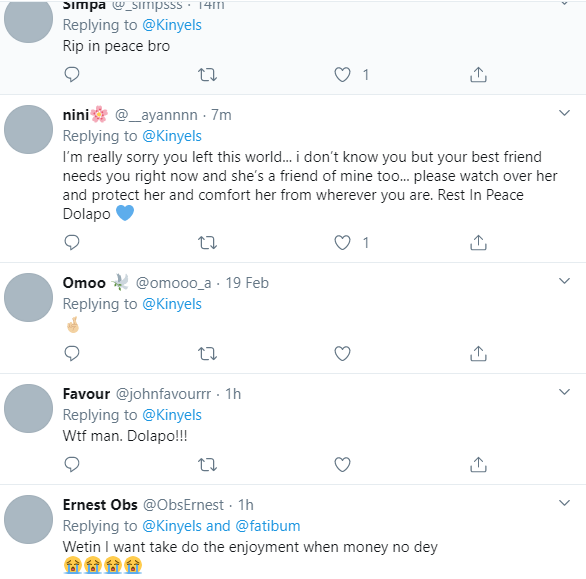