No permanent friend, no permanent enemy: Oshiomole, Wike all smiles at a function in Delta 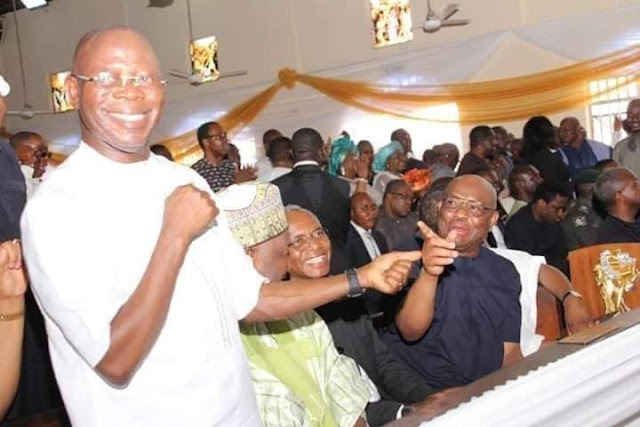 While Oshiomole said the judgement will not be obeyed, Wike issued a statement blasting him for making a statement that can ''lead to chaos in the country.''

Today February 23rd, both men set aside their political differences as they were all smiles at the thanksgiving service for deputy senate president, Ovie Omo-Agege in Delta state.
News