House of Rep member, Hon Ahmadu Jaha has threatened to resign over insecurity in the North-East region 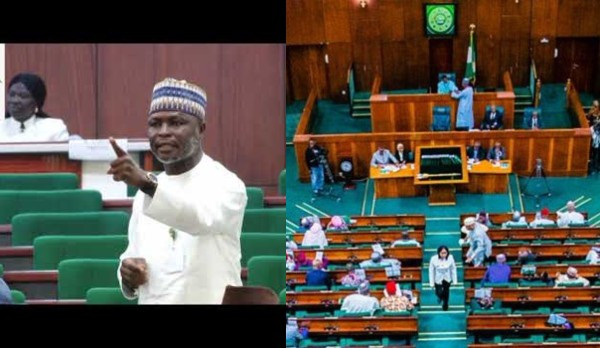 A Borno lawmaker, Ahmadu Jaha has threatened to resign over the insecurity witnessed in the North-East region of the country.

Speaking at Tuesday's plenary session, the lawmaker representing Damboa/Gwoza/Chibok federal constituency accused the military of creating super camps to protect themselves while exposing innocent civilians to the Boko Haram attacks.

Jaha who before now called on service chiefs to resign their positions, alleged that soldiers wait in their super camps to repel the attacks carried out by the terrorists instead of taking the battle to them.