"Your vagina stinks" Man who assaulted woman is arraigned in court 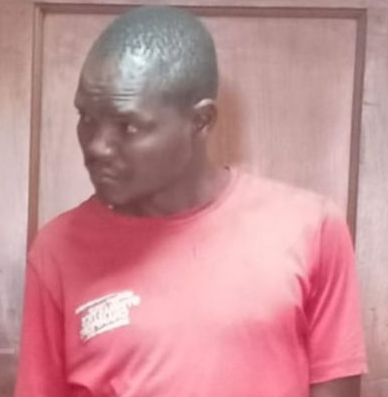 A middle-aged man, David Kigoma Onguyi has been arraigned in court after verbally abusing a female trader at Maasai Market in Kenya.

The porter-cum-menial worker was charged with creating disturbance in a manner likely to cause breach of peace, after insulting the woman identified simply as Nyaboke at the market where she runs a Maasai curio shop on January 5, 2020.

The heated exchange ensued after the suspect who took a customer to Nyaboke’s shop on December 19 where she bought goods worth Ksh500, refused giving her the money but promised to settle the debt “later in the day”.

All attempts for Onguyi to give Nyaboke the money was futile, leading to claims of the trader's private part stinking at the market where other traders and customers watched in disbelief.

Onguyi who allegedly threatened to beat up Nyaboke, reportedly told her;

"You are dirty just like your vagina, and I know that you do not wear underwear. And, even if you have worn one today, I am sure it is torn. And again, remember to use tissue paper to wipe yourself clean after answering the short call of nature"

The suspect who was released on a Ksh10, 000 cash bail after being arraigned before Senior Resident Magistrate Mothoni Nzibe, denied the charges following his arrest after the incident was reported at KICC Police Station.