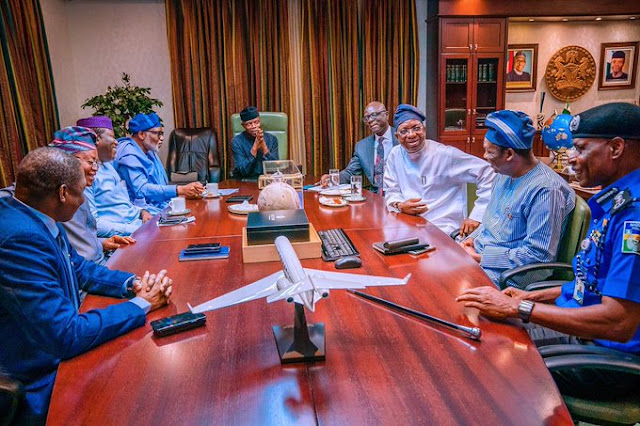 The Federal Government has finally reached an agreement with the governors over the establishment of the indigenous security group “Amotekun“, a vigilante group launched by the south west states to fight crime in the zone.


This is coming days after the Attorney-General of the Federation declared the vigilante group illegal, thereby drawing an uproar from indigenes of the zones.
The agreement was reached on Thursday during a meeting between VP Yemi Osinbajo, South West Governors, the Minister of Justice, Abubakar Malami and the Inspector General of Police, Mohammed Adamu.
The approval was made known by Osinbajo’s spokesman, Laolu Akande, on his Twitter. He wrote:
The meeting was very fruitful and unanimous resolutions were made on the way forward. Having regard to the need for all hands to be on deck in addressing the security concerns across the country, it was agreed that the structure of Amotekun should also align with the Community Policing strategy of the Federal Government.
It was also agreed that necessary legal instruments will be put in place by each of the States to give legal backing to the initiative and address all issues concerning the regulation of the security structure.
News