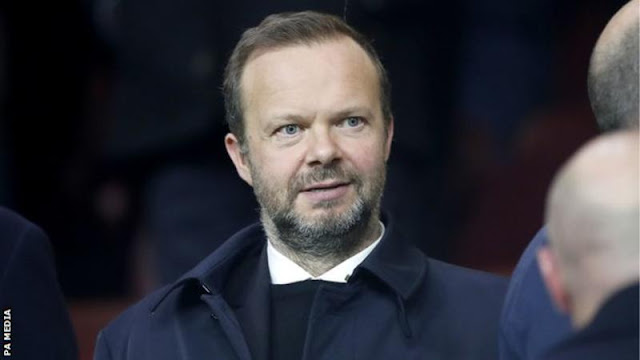 A video posted on social media showed an individual throwing a red flare over a large gate, while others sang songs aimed at the 48-year-old.


Woodward, who is married with two young children, was not present at the time.
Manchester United said anyone committing a criminal offence or trespassing will be banned for life.
A club statement added: "Fans expressing opinion is one thing, criminal damage and intent to endanger life is another. There is simply no excuse for this.
"We know that the football world will unite behind us as we work with police to identify the perpetrators of this unwarranted attack."
Cheshire police confirmed they received a call about "an incident of criminal damage" on Tuesday evening involving "a large group".
A statement continued: "Thankfully no-one was harmed, and officers will liaise with security officials over the coming days to establish the full circumstances surrounding this incident and identify those involved."
Woodward has been the subject of growing supporter discontent at United in recent weeks.
Manchester United sit fifth in the Premier League - 33 points behind leaders Liverpool - and Woodward has been the target of blame by many fans.
At the recent home game against Burnley and Sunday's FA Cup victory over Tranmere, supporters have sung the same song about Woodward and made repeated calls for the club's owners, the Glazer family, to leave the club.
The incident is reminiscent of another attack, in 2004, on the car of then club director Maurice Watkins, whose shares ended up being bought by Malcolm Glazer as his bid for the club gathered pace.
Woodward advised Malcolm Glazer and the Glazer family during its successful takeover of the club in 2005 before being recruited as a senior member of staff.
United play local rivals Manchester City in the Carabao Cup semi-final second leg on Wednesday and trail 3-1 on aggregate.

United fan Flex, from The United Stand YouTube channel said those responsible should be "ashamed" of themselves.
"Physically going to somebody's house when children could be present, when his family could be present is a disgrace. Your home is supposed to be your safe place," he told BBC Radio 5 Live.
"There is no 'but' here - this is over and above a level of demonstration and protest that we see at games. Voice - and I stress voice - your discontent at the owners but this is ridiculous.
"What are the players thinking, 'if I continue in this bad form, or I have a bad game is this going to happen to me?'
"A few silly individuals have brought shame to the fan base."
Sports