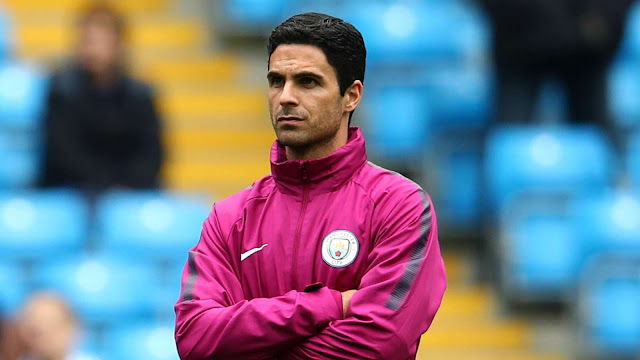 
The Gunners decided to part ways with Emery on November 29 following a disastrous start to the 2019-20 campaign which culminated in a seven-match winless run at the end of his reign.
Freddie Ljungberg has stepped into the Spaniard's boots on an interim basis, with the Gunners now on the lookout for their third permanent head coach in the space of two years.
A number of high profile names have been linked with the post in north London, including Massimiliano Allegri, Mauricio Pochettino and Brendan Rodgers, with some suggestion that Ljungberg could also be in the running if he can spark a turnaround in fortunes.
That is looking increasingly unlikely, however, with a 3-0 defeat at home to Manchester City on Sunday leaving the Swede with a record of one win from his first five matches at the helm.
Goal understands that Arsenal are, in the coming days, set to open talks with Carlo Ancelotti, who has just found himself back in the job market after being sacked by Napoli last week.
City assistant Arteta has also been backed for the top job at the Emirates after three successful seasons working alongside Pep Guardiola at the Etihad Stadium.
Rumours linking the former Arsenal midfielder with a return to the club will likely be fueled in the wake of Venkatesham's visit to his house last night.
The Gunners chief reportedly arrived to meet Arteta at his Didsbury residence at 11pm, just hours after the team's Premier League clash with City.
He was then caught on camera leaving just over two hours later, as per the Manchester Everning News, with it understood that this is unlikely to have been the first meeting with the Spaniard since Emery's departure.
Venkatesham is likely to fly to America before any final decision is made on Emery's permanent replacement, with sign-off required from owner Stan Kroenke and son Josh once the Gunners' executive team, which also includes director of football Edu and head of football Raul Sanllehi, have made their final recommendation.

When asked to address the possibility of Arteta taking over at Arsenal, Guardiola told his post-match press conference on Sunday: "He's an important, important part (of Manchester City's set-up).
"If it happens, it will happen. When he wants to talk we are open to talk but it's private, I don't want to make things uncomfortable."
Article continues below
Arsenal are due back in Premier League action on Saturday with a trip to take on a rejuvenated Everton side.
A tough trip to Bournemouth will follow on Boxing Day before fixtures against Chelsea and Manchester United wrap up their festive period.
City, meanwhile, are due to face Oxford United in a Carabao Cup quarter-final clash on Wednesday, where they will want to avoid any complacency ahead of a top of the table clash at home to Leicester City three days later.
Sports