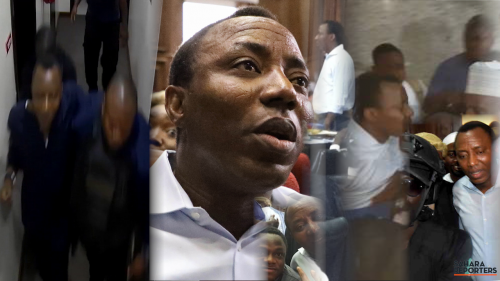 Following the outrage and condemnation that greeted the invasion of the Federal High Court in Abuja by operatives of the Department of State Services last Friday to rearrest pro-democracy campaigner
and journalist, Omoyele Sowore, Attorney-General of the Federation and Minister of Justice, Abubakar Malami (San), has requested that the case file of Sowore be forwarded to his office.

With this development, the AGF has taken over the prosecution of Sowore from the DSS.
Malami said the action was part of deliberate efforts by the government to probe emerging issues related to the court invasion by the secret police.
The AGF said the move was a reflection of government's commitment to respect the sanctity of the rule of law and protect human rights.
News