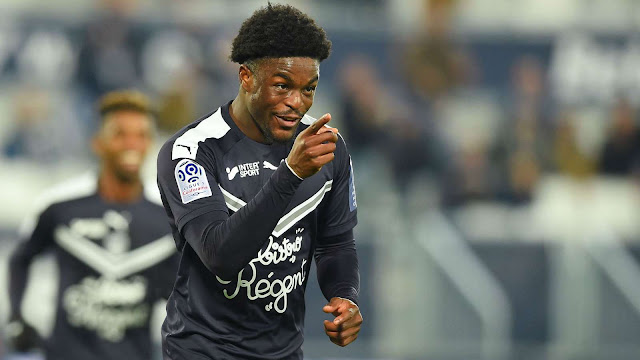 Goal brings you all the latest news, rumours and deals related to African stars across the world

Chelsea are looking to sign Nigeria forward Josh Maja from Bordeaux in January, according to 90min.
The Blues have identified the former Sunderland forward who moved to Ligue 1 early this year as an option that will provide competition for Tammy Abraham.
Maja has scored six goals in six starts across all competitions this season, including five Ligue 1 goals.

Bundesliga outfit Hertha Berlin are interested in reinforcing their midfield with the services of Tottenham Hotspur midfielder Victor Wanyama, per HITC.
Wanyama has struggled for playing time at Tottenham in this campaign, playing just 23 minutes of football in two Premier League games so far.
While Berlin might be an escape route, they face competition from Scottish giants Celtic who are keen on reuniting with the Kenya captain.

Crystal Palace will rebuff any deal less than their £80 million asking price for Wilfried Zaha who has emerged as a target for Chelsea.
Evening Standard claimed the Selhurst Park outfit will not lower their valuation of the Ivory Coast talisman in January after Everton and Arsenal failed to match their price in the summer.
Zaha has scored two goals in the Premier League and he is under contract until June 2023.
Sports