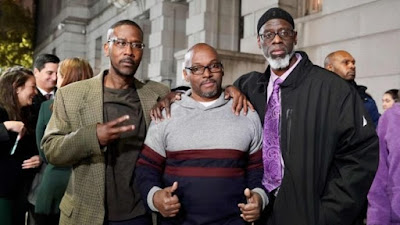 Three Baltimore men who spent 36 years in prison were released on Monday, after they were falsely convicted of a 1983 murder.


Alfred Chestnut, Ransom Watkins and Andrew Stewart were granted a writ of innocence, after being convicted of first-degree murder of a middle school student, DeWitt Duckett.
According to reports from Daily Mail, the men were teens when they were arrested on Thanksgiving Day in 1983, charged with fatally shooting DeWitt Duckett, 14, in the neck while stealing his Georgetown jacket as he walked to school. The suspects were convicted and sentenced to life in prison.
The Baltimore Conviction Integrity Unit reopened the case last year after Chestnut obtained sealed documents through a public records request that revealed prosecutors had hidden evidence pointing to another teen – who was fatally shot almost 20 years later.
Lawyers involved in the case said they were “horrified” to see the amount of exculpatory evidence that was hidden from the defense team and jury. Both the suspects and trial witnesses, all minors, were interrogated by police without their parents. Potential witnesses were interviewed in a group and told to “get their story together,” according to Chestnut’s lawyers.

WBAL-TV 11 Baltimore ✔@wbaltv11
Alfred Chestnut, Ransom Watkins and Andrew Stewart who have served 36 years in prison were exonerated Monday for a murder they did not commit. 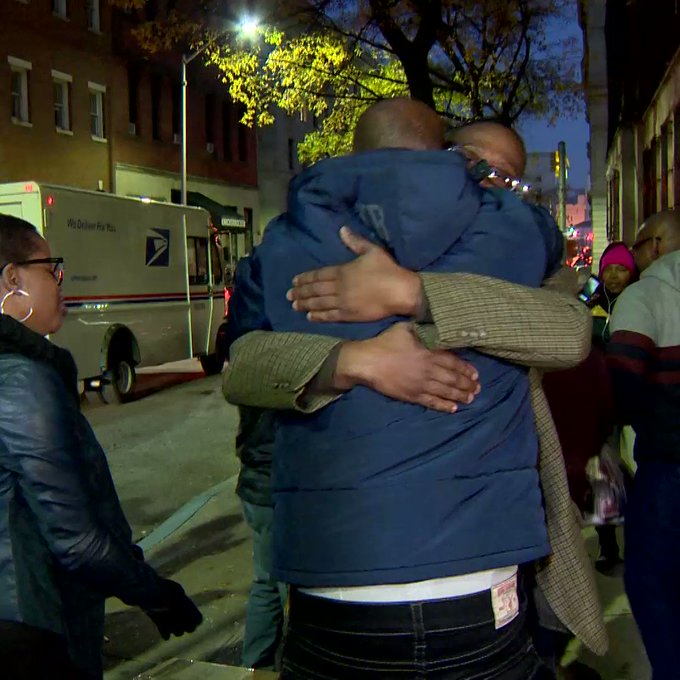 23 people are talking about this
News