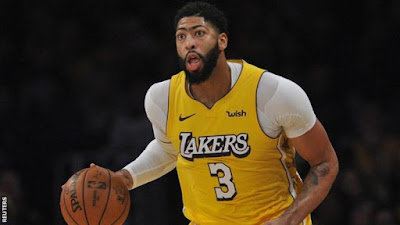 Anthony Davis scored 26 points and 13 rebounds while LeBron James made 23 points and 11 assists as the Lakers went 10 games unbeaten.


That extends their start to the season to 17-2, which they last achieved during the 2008-09 campaign.
"That's the best team in basketball," said Wizards coach Scott Brooks.
The Lakers' unbeaten streak is their first in double digits since the 2009-10 season, while they finish November with a 14-1 record, their highest win total in a single month since March 2000.
"We have championship aspirations, but that's not what's here right now," said James. "What's here is our next opponent. We want to continue to get better.
"We have guys who have been there and know what it takes. This is a long process, and we can never shortcut it. But we can enjoy it along the way."
The Lakers next play the Dallas Mavericks at the Staples Centre on Sunday.
Sports