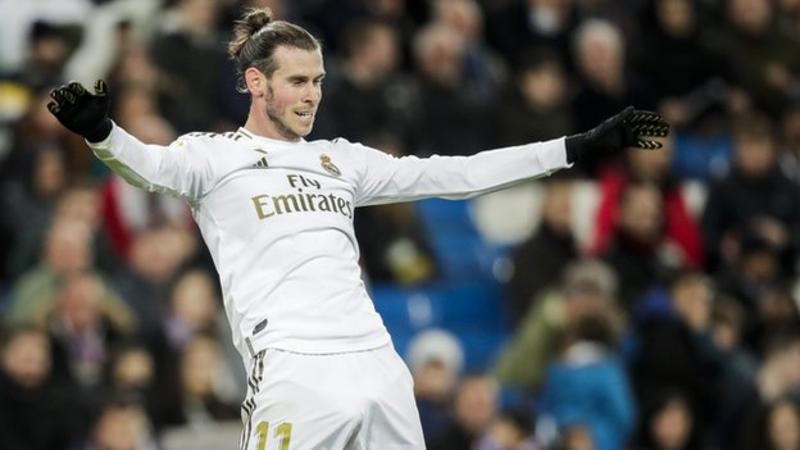 The Wales forward received a mixed reception coming on as a substitute in a 3-1 win over Real Sociedad.


It was his first Real appearance in seven weeks after his controversial 'Wales. Golf. Madrid' flag celebration in Cardiff.
"There is too much noise with Bale. He wants to be with us and do it well," said Zidane.
"I hope this doesn't carry on for the rest of the season.
"We want the fans to be with us from the beginning to the end, but we cannot control that."
Zidane added: "I have not spoken to him [about the jeers], I have only congratulated him.
"I can't tell you if it's unfair or not. Everyone can say what they want."
Bale has endured a difficult relationship with the Bernabeu crowd since joining from Tottenham for a then world-record fee of £85m in 2013, despite helping the club win four Champions League trophies.
In July he came close to joining Chinese side Jiangsu Suning, with coach Zidane saying his exit would be "best for everyone"
The move was called off at the last minute when Real demanded a transfer fee.
Bale seemed to re-establish himself in the club but returned to Spain injured in October after scoring Wales' equaliser against Croatia.
He didn't play again until Wales' games against Azerbaijan and Hungary, a comeback labelled by the Spanish press as the 'Miracle in Wales'.
Bale was jeered by supporters when his name was announced before kick-off on Saturday.
The 30-year-old received a similar response when introduced from the bench after 67 minutes for his first Real appearance since 5 October, though by full-time Bale appeared to have earned back some support.
He was applauded for the part he played in Modric's third goal and also for his defensive efforts as Real closed out the game.
"He is integrated into the group and wants to play, just like everyone else," said Zidane.
"The public has the right to do what they want, but I ask that they applaud everyone. I'm happy with the game and the victory and Bale came into the game well."
Attention now turns to the Champions League for Zidane's side, who host Paris St-Germain on Tuesday (20:00 GMT).
Sports