Who is the worst player on FIFA 20? 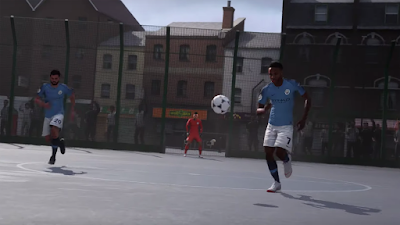 Lionel Messi is the best player in FIFA 20, but which lesser-known names have the unwanted distinction of being the worst players in the game?


Five players are rated 47 overall in FIFA 20, making them the worst players in the game, with four of those playing in England's League Two. Chongqing Dangdai striker Yin Congyao, Crewe goalkeeper Sam Booth, Grimsby midfielder Brandon McPherson and Lincoln duo Gianluca Bucci and Joshua Woodcock all rank as the worst players in FIFA 20.
The four English-based players are all teenagers and thus have potential abilities in Career Mode ranging in the 50s and 60s overall, while Yin Congyao is 22 years old at the start of the game and has a potential score of 57.
Gillingham's Simon Royce is an interesting addition to the FIFA 20 database. The goalkeeper was last in the game in FIFA 11 when he had an overall score of 61, but retired from playing in 2011-12 to become a goalkeeping coach.
However, the Gills had an injury crisis in September 2019, forcing coach Royce to take a spot on the bench for the League One clash against Oxford and thus become an eligible squad member for FIFA 20. Royce is now 48 years old, the same number as his rating in FIFA 20!
Like many of the players on this list, Royce does not have a card in FIFA Ultimate Team, with many of the lowest-rated players in the game not having their photos included. The lowest-rated players in FIFA Ultimate Team are all 48 overall, with 28 players in total rated 48 in that game mode.
There are 48 players rated 48 or lower in Career Mode, with the majority of those coming from the Chinese Super League, League Two, or the SSE Airtricity Premier Division.

*All ratings shown and clubs listed are taken from the FIFA 20 database used for Career Mode.
Sports