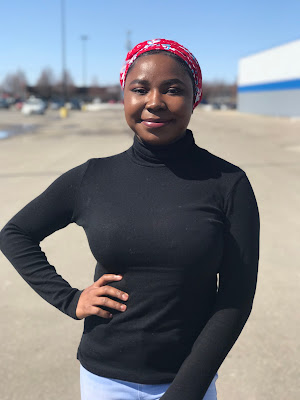 A few weeks ago, a lot of people got to watch the BBC documentary that dealt with sex for grades in West African universities. While a lot of people were shocked, sad, disgusted and hurt, some others felt the need to allocate blames to the victims.


A major part of the documentary that left me terribly sad was when one of the abusers said he was going to report the student to her parents. He said, “If you refuse, I will report you to your parents and tell them you disrespected me.”
That statement was disturbing on all levels. The statement exposed the lack of support most victims face and the attitude of many parents towards their children. Some Nigerian parents will always put “elders” before their children and push their kids away in a bid to discipline them.
The family is meant to be every child’s circle of safety, but what happens when your parents do not listen to you? What happens when your parents do not understand that you were sexually abused? What happens when your parents sweep allegations of your abuse under the rug in order to preserve the family name?
As a society, we have failed victims of sexual abuse. There is no law in place for them to get justice and sometimes, there is no family or support system for them to turn to for peace, comfort, and kindness. Most victims end up thinking the abuse was their fault. I know others might have said this before, but if you are a victim of sexual abuse, I am here to echo it again to you that “It was not your fault and you did not deserve to be abused.”
I read a lot of stories in the coming weeks that left me numb with pain and anger. Pain that young Nigerians, especially ladies, have to go through a lot of hurdles in order to get a degree. A lot of people have also been forced to accept their fate because they do not have any other option. I was hurt because this should never be okay and no one deserves to be abused. These experiences and stories have also not changed – generations after generations.
One of the victims stated that she had attempted suicide about 3 or 4 times. Once again, I reminded myself that Nigeria continues to fail everyone. How can we be the leaders of tomorrow when we are not allowed to grow? How can the country move forward when there are no laws or rules in place to protect and guide the so-called leaders of tomorrow? And to parents, how can your children be better than you when you do not protect them enough?
There are lots of questions that require answers that we might unfortunately never get. However,  my joy is that this generation of Nigerian women are using their voices to demand change. In such a patriarchal society, no one said it was going to be easy. But baby steps are being taken. Rapists disguised as pastors are being exposed, lecturers who abuse their powers are also being exposed and I hope more abusers not only get exposed but get punished as well.
To victims who might have been triggered by these stories, it’s okay to take a break. If you can afford it, seek therapy and start your healing journey. If you cannot afford therapy, there are organizations such as Mentally Aware Nigeria initiative that you can reach out to. There are other organizations such as Stand to End Rape, Media Concern Initiative, Mirabel Center, Project Alert on Violence Against Women, and many more out there.
Speak out when you are ready and remember that what happened was not your fault.
Features