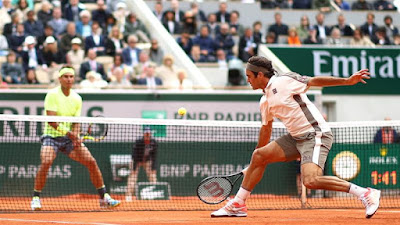 The president of Spanish football giant Real Madrid is planning to organise a tennis match between Roger Federer and Rafael Nadal at the club's Santiago Bernabeu stadium, according to Spanish media reports.


Florentina Perez proposed the idea to the club's members at a general assembly meeting on Wednesday, in an attempt to break the world record for attendance at a tennis match.
A potential meeting at the Bernabeu, which has a capacity of more than 80,000, could shatter the previous record of 35,681 spectators in attendance to see Kim Clijsters defeat Serena Williams at a 2010 exhibition match in Brussels.
"We have tried many times to break the Guinness Record of tennis spectators by organising a Nadal-Federer match at the Bernabeu, but one of them is injured or cannot play," Perez was quoted as saying by AS sports newspaper.
"The good thing is that, as it seems that they will play for so long, there is still time," he added. 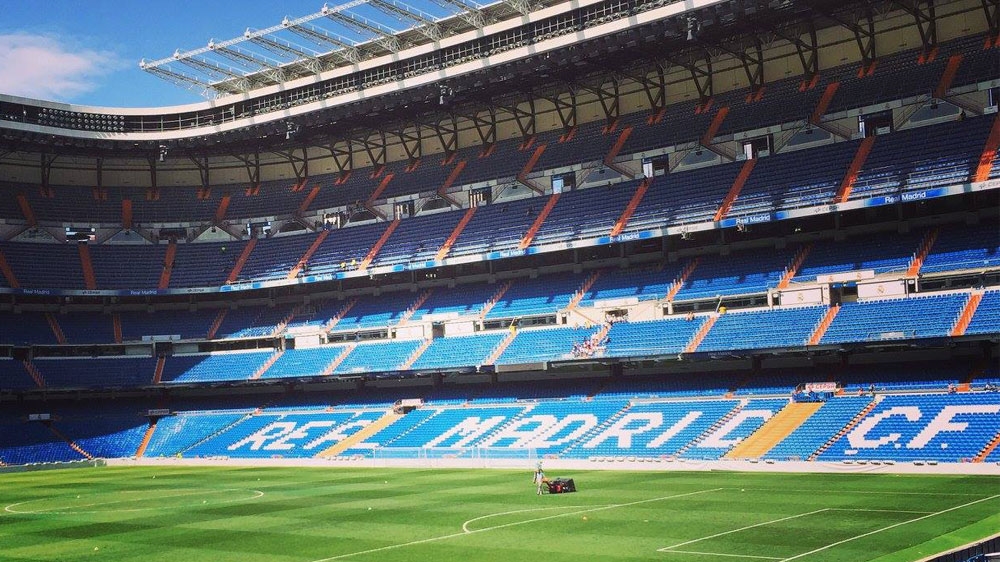 The Santiago Bernabeu stadium in Madrid has a capacity of 81,044 [Saba Aziz/Al Jazeera]
Nadal, who hails from the small island of Mallorca, is a long-time supporter of Real Madrid. His uncle Miguel Angel played for rival team Barcelona.
Federer and Nadal - two of the most successful tennis players of all time - are scheduled to face in a high-profile charity match in the South African capital, Cape Town, next year.
The "Match in Africa" meeting on February 7, at the 55,000 capacity Cape Town stadium, could see the former world number ones set a new attendance record.
Nadal, ranked number two, won the US Open last week to lift his 19th Grand Slam title, bringing him one title short of Federer's record.
Sports