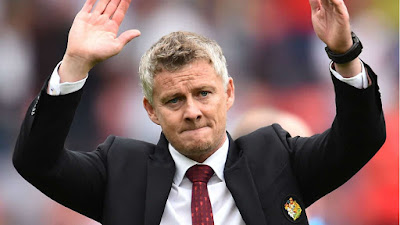 There is every chance that Ole Gunnar Solskjaer will not see out the season at Manchester United, says Paul McGrath, as the situation at Old Trafford “may not get better any time soon”.


Speculation regarding the future of the Red Devils coach has started to rage, with the Norwegian having struggled to get a star-studded side back on track.
Questions were asked of Solskjaer’s suitability to a high-profile post when he was handed a three-year contract, and those concerns remain for many.
McGrath concedes that a fan favourite from his playing days could now be on borrowed time, with United having shown in the recent past that they are prepared to make changes mid-season.
The former United defender sees little cause for optimism, or suggestion that the tide is about to turn for Solskjaer, with the Red Devils still a shadow of what they once were.
McGrath told the Irish Independent: “These are sad times for Manchester United and those who have been envious of the club for so many years are loving their demise.
“Ole Gunnar Solskjaer takes his misfiring side to take on Newcastle today and even though United are up against very average opposition, I honestly wouldn't put too much money on them coming away with a victory.
“United have not won away from home in their last 10 matches and there is a very good reason why that record might well continue this afternoon at St James' Park, with goals a currency United are no longer dealing in.

“Solskjaer seems to be a lovely guy and all United fans are desperate to see him succeed, but it's getting hard to keep faith with a team that doesn't look like they are going to score goals to win matches.
“They didn't have enough firepower to overpower little Rochdale in the League Cup a couple of weeks back and the performance against Arsenal on Monday night was also very flat, as they lacked the strike power to finish off opponents that were there for the taking.
“Then you see them going to play the third- or fourth-best team in Holland on Thursday night in a Europa League competition Manchester United should never be in, and they didn't manage to get a single shot on target across the whole match as they drew 0-0. It was embarrassing.
“While Ole is doing his best to put a positive gloss on his side’s limp performances and his former playing colleagues continue to stick up for him in the media, the truth is this is a situation that may not get better any time soon.
“I said back in March the club made a mistake giving him the United job on a permanent basis before they got to the end of the season. And, sadly, that pessimism now looks to have been well placed as Ole has struggled since he was given that contract.
“There are so many things wrong with United that I just don't know whether they will get the job done at Newcastle today and while sacking Solskjaer and bringing in another manager is not the right option at this moment, you fear we will get to that point before this season is finished.”
United have failed to win an away game under Solskjser since sealing the stunning 3-1 Champions League victory over Paris Saint-Germain which earned him a permanent contract.
They will get the chance to right those wrongs at St James’ Park on Sunday, allowing them to head into the international break with a little more buoyancy returned to the ranks and a demanding fan base.
Sports