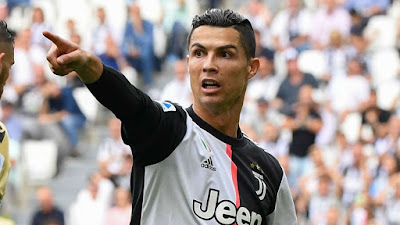 Juventus are already piecing together plans to land “the new Cristiano Ronaldo”, while club chairman Andrea Agnelli believes the original would be a deserving winner of the 2019 Ballon d’Or.


The Bianconeri are looking to raise €300 million (£259m/$333m) through an increase in share capital, allowing them to remain competitive on and off the field at home and abroad.
Part of their ambitious plan for the future includes further investment in the playing staff, with the Serie A champions having shown that they can entice the world’s best players to Italy.
They already boast an all-time great on their books in Portuguese superstar Ronaldo, but the intention is to land a younger heir to his throne before the 34-year-old moves on.
Paolo Aicardi, president of Juve’s shareholders, said at the club’s annual meeting: “Ronaldo was the end point of a plan that started eight years ago when [Mirko] Vucinic was our star signing.
“From him to Cristiano there were various steps: [Carlos] Tevez, [Sami] Khedira… these signings show that Juventus are bringing in the biggest names in football.
“When Cristiano, the number one, arrived, it was made clear that now any player can choose Juventus ahead of Real Madrid, Manchester United or Barca.
“Today everything is possible and the signing of [Matthijs] De Ligt is proof of that. Our next idea is to sign the new Cristiano Ronaldo, but a younger version.”
Juve pulled off a stunning deal in the summer of 2018 when luring Ronaldo away from Real Madrid.
He helped the club to cement their domestic dominance during a productive debut campaign which delivered 28 goals at club level and a UEFA Nations League triumph with his country.

Agnelli believes a global icon would be a deserving winner of a sixth Golden Ball, with his exploits having helped the Bianconeri to enhance their reputation across the sporting world.
He said: “Our management model is made of clear responsibilities, that must work in sync to arrive at results.
“The capital growth has three objectives: maintain sporting competitiveness, increasing operating and brand revenues globally.
“Our growth is confirmed by the UEFA ranking: now we are fifth, but we have solid foundations to think about arriving in fourth place.
“Our new logo today is recognised everywhere, we had courage to release it.
“We also have a player like Cristiano Ronaldo, who I hope can win the Ballon d'Or because he really deserves it.
Article continues below
“We wanted Juventus to become a global brand and it’s an objective that we have achieved. Our vision is to make Juventus prosper as a modern, innovative and iconic brand.
“The mission, instead, is to maintain sports leadership, consolidating economic and financial results and football results both in Italy and in Europe.
“The objective of the capital increase is to strengthen the club. We want to think big and to achieve new goals together.”
Sports