‘Van Dijk is not the best player in the world’ – Messi & Ronaldo top the charts, says Van der Vaart 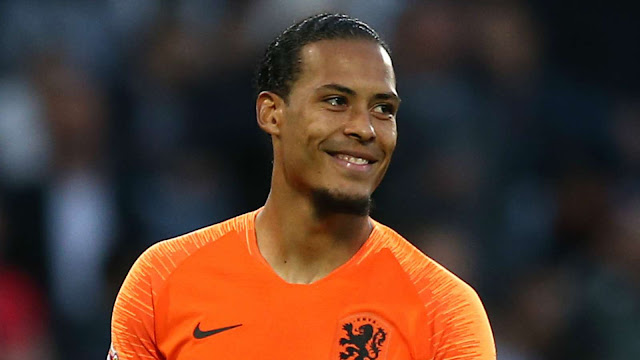 Virgil van Dijk is “not the best player in the world”, says fellow Dutchman Rafael van der Vaart, with Lionel Messi and Cristiano Ronaldo considered to remain at the top of the global pecking order.


Liverpool's star defender is acknowledged as being “special”, and has already shown as much by being recognised by UEFA as their Player of the Year for 2018-19.
Van Dijk is also on the three-man shortlist for the FIFA Best award and is expected to be in the running for the 2019 Ballon d’Or.
Many believe he has done enough to follow the lead of Luka Modric and keep Messi and Ronaldo away from a sixth Golden Ball of their respective careers.
Van der Vaart is not so sure, although he admits that comparing centre-halves with goal-getting forwards is never easy.
The former Netherlands international playmaker told Tuttomercatoweb of Van Dijk’s claims to a standing at the top of the world game: “He is not the best player in the world, but he is special.
“Messi and Ronaldo are the best, but you cannot compare defenders and attackers.”
Van Dijk is not the only Dutch defender making a name for himself at present.

International partner Matthijs de Ligt is another being tipped to reach the very top of the game.
He is still just 20 years of age but has already captained Ajax to a Champions League semi-final and earned a big-money transfer to Juventus.
A few early questions have been asked of him in Italy, with the Bianconeri looking to ease him into the fold.
Van der Vaart has questioned whether De Ligt made the right call in linking up with the Serie A champions.
He believes Spain or Germany would have been more suitable destinations, with leading sides in La Liga and the Bundesliga having made no secret of their interest before a €75 million (£67m/$83m) switch to Turin was pushed through.
“I would have preferred to see him at Bayern [Munich] or at Barcelona,” added Van der Vaart.
“He has difficulties in this period and it is not easy to compete with [Giorgio] Chiellini, even if he is now injured, and [Leonardo] Bonucci. But he is very talented.”
Sports