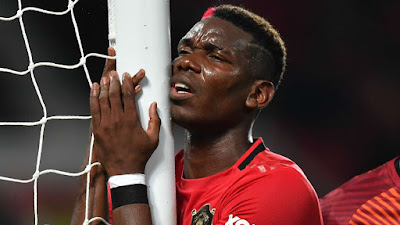 Ole Gunnar Solskjaer has explained why he took the decision to hand the Manchester United captaincy to Axel Tuanzebe on Wednesday, not Paul Pogba.


The Red Devils took in a midweek outing against Rochdale in the third round of the Carabao Cup.
Solskjaer, as expected, took the opportunity to shuffle his pack for a meeting with lower league opposition.
He was handed a tougher test than many expected, with United requiring penalties to a book a date with Chelsea in round four.
A number of youngsters were, however, able to get important minutes under their belt, including Tuanzebe.
The 21-year-old defender has admitted his surprise at being passed the armband, with the likes of World Cup winner Pogba in the same starting XI, but Solskjaer wanted to mix things up.
He told talkSPORT: “Axel is a captain in the making, he’s a leader – why not give to young kids?
“We know we can give it to Sergio [Romero] and we can give it to Paul, that’s no problem and they’ve been captains before.
“But it was Axel today and how does he handle it? He was absolutely fine, he enjoyed it.
“It’s just a way of telling him that we trust him.”

While Tuanzebe displayed commendable leadership skills, he was not the only youngster to thrive.
Mason Greenwood, at just 17 years of age, added another senior goal to his collection, in a 1-1 draw across 90 minutes, while 21-year-old Daniel James converted the match-winning penalty.
Solskjaer feels there are plenty of positives for United to take despite the Premier League giants being forced to work harder than they would have liked in a cup clash at Old Trafford.
The Red Devils boss added: “Some players learned a lot and some proved to us that we can give them more responsibility.
“Mason again showed with his goalscoring abilities why we regard him so highly.
“He has two great feet and took the penalty with his right, so he must be a nightmare for defenders having him one on one in the box.
“He can go both ways, which is for me fantastic and you can just see he has got quality and he will get his share of games.
“But he is young and we will give him time to grow.”
Sports