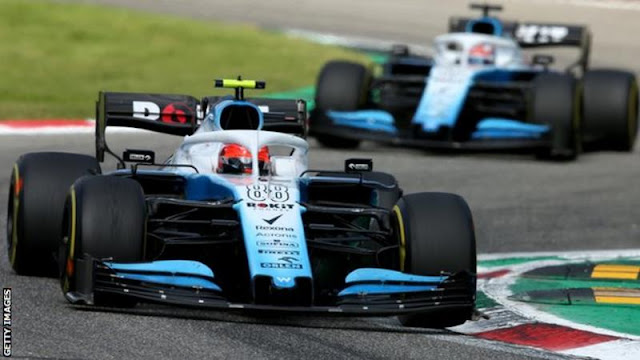 He returned to Formula 1 this year after an eight-year absence following life-changing injuries sustained in a rally crash in February 2011.


The Pole's return was testament to his immense resilience and character but results have not matched his standards.
Kubica said this year had been "very demanding" and added that "to evaluate different opportunities I have decided not to continue more with Williams".
He was one of the biggest stars in F1 when he suffered the rally crash that curtailed his career before the 2011 season.
He suffered a partially severed right arm and multiple fractures around his body after a roadside metal barrier pierced the car.
After years of operations and rehabilitation, Kubica, 34, was left with partial movement in his right arm, but in 2017 began to believe he could make a return to F1.
That finally came to fruition this season. His comeback was greeted with some fanfare, and was a testament to his determination in overcoming such significant obstacles and still being able to drive an F1 car at a relatively competitive level.
But this year has been difficult for Williams, who have by far the slowest car, and also for Kubica.
Although he has scored the team's only point so far with a 10th place at the German Grand Prix, Kubica has generally been outpaced by team-mate George Russell.
The 21-year-old has out-qualified Kubica at every race this season, at an average of more than 0.5secs a lap, and has beaten him 12 times in 14 grands prix.
Kubica said he would like to stay in F1 "but not at any cost".
"I want something to bring back a bit of joy," he said.
Kubica would not expand on what his options might be but said one possible option was to be a back-up and simulator driver for an F1 team.
"I would be surprised if I was doing only simulator," he said, "and I would be surprised if I am not racing next year."
He has also been linked with a possible move to the DTM German touring car championship.
Kubica, who has continued to insist what he calls his physical "limitations" do not prevent him driving at the same level as before, said he had no regrets about returning to F1.
"It has been extremely hard for me but I still think I made the right decision," he said.
World champion Lewis Hamilton, who first raced against Kubica in karting in 1998, said: "Robert has been one of the most talented drivers I have ever raced against but what is really remarkable is the strength and determination he has shown to come back from the incident he had. Not a lot of people could comer back from that and still deliver in the sport. I think he has done great this year."
Haas driver Romain Grosjean paid tribute to Kubica as an "inspiration" for coming back from such severe injuries.
Sports