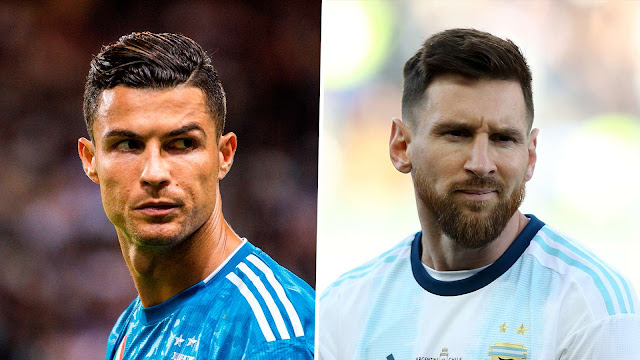 Lionel Messi had Cristiano Ronaldo among his votes for FIFA's Best Men's Player Award, although the Juventus star snubbed the Argentine on his own ballot.


Messi and Ronaldo were both among the finalists for the award, with the Barcelona star beating out the Portugal forward and Liverpool defender Virgil van Dijk on Monday to earn the honour.
It was Messi's first recognition as The Best Men's Player, with Ronaldo having previously won twice while Luka Modric picked up the award last campaign.
This year, Messi sealed the award after claiming the European Golden Shoe for the sixth time with 51 goals, including 35 league goals to go with 13 assists in La Liga.
He also led Barcelona to yet another league title, although the Catalan side came up short against Liverpool in the Champions League semi-final and Valencia in the Copa del Rey finale.
The award's voting, which includes input from national team captains and coaches as well as selected media members, included responses from all three of the finalists from the honour.
Messi's ballot had Sadio Mane as the award winner, with Ronaldo in second place, followed up by new Barcelona team-mate and former Ajax star Frenkie de Jong.
However, Messi was absent from Ronaldo's ballot, with the Portuguese throwing his support behind Juventus team-mate Matthijs de Ligt, De Jong and PSG star Kylian Mbappe, in that order.
Netherlands captain Van Dijk named Messi as his winner on his ballot before selecting Liverpool team-mates Mohamed Salah and Mane in second and third, respectively, having won the Champions League alongside the Egypt and Senegal stars.
The trio of finalists were not the only three intriguing ballots submitted for the award, with last year's winner Modric putting Ronaldo ahead of new team-mate Eden Hazard and Messi in his voting.
Tottenham star and South Korea captain Son Heung-min, meanwhile, gave his vote to team-mate Harry Kane, with Van Dijk and Ronaldo second and third on his ballot.
Kane's vote went to Messi, with Van Dijk and Ronaldo as his second and third-place finishers, while Spain captain Sergio Ramos voted for current team-mate Hazard, former team-mate Ronaldo and Salah, in that order.
Sports