Nigeria Drops One Place In Latest FIFA Ranking, Now 34th In The World 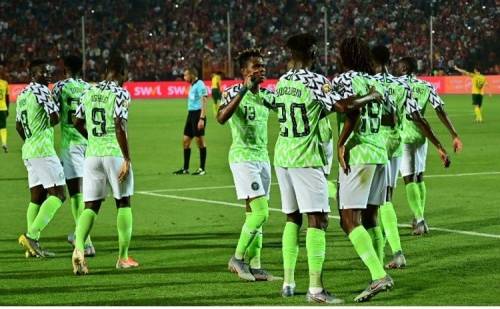 Nigeria has dropped one spot in the FIFA ranking for September, placing 34th in the world.


In the ranking table on FIFA’s website on Thursday, Nigeria garnered 1, 482 points in the month under review as against 1,481 it had in August.
However, in spite of the drop by a spot, Nigeria still occupies third position on the continent behind Senegal and Tunisia who have 1,546 and 1,493 respectively.
On the global scene, Belgium remains top of the ranking after an action-packed number of weeks in international football.
In the period under review, 78 friendlies, 74 continental qualifiers and 60 FIFA World Cup Qatar 2022 qualifiers took place.
Although the teams in the top 10 remain unchanged, there have been some movements.
France (second, up 1) and Brazil (third, down 1) have traded places, while Spain (seventh, up 2) are the top 10’s biggest movers.
The Cayman Islands (193rd, up 11) and Grenada (160th, up 13) are the joint-biggest climbers by points, reaping the rewards after their successful showing in the CONCACAF Nations League.
Sports