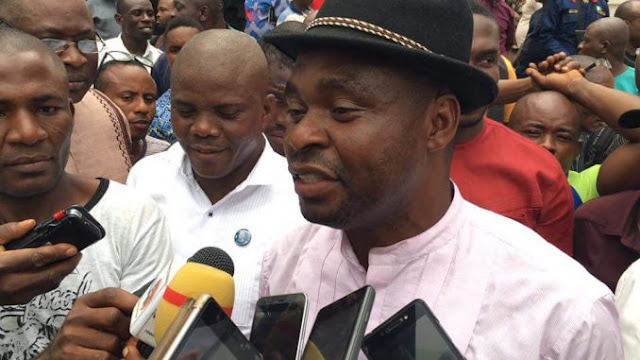 Abusinesswoman, Nkeiruka Kamalu, has told a Federal High Court in Lagos that she was raped by a federal lawmaker, Uju Chima, on August 9, 2015.


Kamalu told Justice Nicholas Oweibo that following an incestuous relationship with Chima, the lawmaker offered to pay her N20m if she divorced her husband, Gabriel Igbibi.
Chima is representing Ohaji/Egbema, Oguta and Oru West Federal Constituency of Imo State at the House of Representatives.
Kamalu is seeking protection from Chima, who she alleged caused her to be arrested on May 27, 2019, tortured, humiliated, detained for seven days by the Special Anti-Robbery Squad and arraigned on a fictitious N40m theft charge.
She made the allegation in a fundamental rights suit marked FHC/L/CS/1458/19, which came up on September 11, 2019.
Her counsel, Chijioke Jiakponna, told the judge that Chima had been evading service.
He alleged that when the bailiff called Chima on phone to inform him that he wanted to serve him, the lawmaker dropped the call.
Justice Oweibo had adjourned until September 23 to rule on whether to allow substituted service but the court did not sit on Monday.
In an affidavit filed by Kamala on August 22, 2019, she said the suit was filed due to the “intimidation, mounting surveillance and or illegal oral invitation threat of life and annihilation of property”.
She said she had been living “in perpetual fear” of being further detained “indefinitely”.
Kamalu is seeking several reliefs including a declaration that her arrest and detention “by the respondent at the State CID Police Headquarters, Owerri, Imo State for seven days was unconstitutional”.
Others include a declaration that her invitation by the police for another investigation while the case has been adjourned sine die at the Chief Magistrate Court, Owerri, violates her rights.
She also asked for an order restraining the respondents from further arresting, pursuing and intimidating her.
“An order directing the 1st 2nd, 4th to 6th respondents to release forthwith her Infinix Note 7 and lnfinix Note 8 illegally seized by the respondents during the arrest and torture in Lagos.
“An order awarding damage in the sum 0f N50m to the applicant for the unlawful arrest, torture, unlawful detention, insult, disgrace, intimidation and the embarrassing treatment meted out on the applicant.”
In the affidavit in support of her application, Kamalu averred that she and Chima began dating in 1993 while she was in secondary school.
She said, “We dated for 10 years, after which he proposed marriage and we both agreed to settle down as husband and wife.
“Unfortunately, our parents kicked against our relationship on the ground that we are biologically related and that we were committing incest and could not get married, so I married another man called Gabriel Igbibi.”
The applicant said she reconnected with the lawmaker when she needed assistance to execute a contract she secured and that after she refused his advances, “he raped me”.
She added, “I lodged the case first at New Owerri Police Station wherein he influenced it and I wrote a petition to the Inspector-General of Police, Abuja. The petition was assigned to Zone 9 Police Command, Umuahia, Abia State.
“The 1st respondent settled the police and they brokered peace between the 1st respondent and me, wherein he promised to take proper care of me because he cannot withdraw himself from me.
“Following our reconciliation, we resumed our incestuous relationship.
“My husband got wind of the relationship between the 1st respondent and myself and filed for divorce.
“The 1st respondent promised that if the divorce succeeds, he will be giving me N20m every six months and also buy me a property in any designated place in Lagos.
“The marriage was dissolved at the Ikeja High Court, Lagos. After the divorce, the 1st respondent told me that before he will take the relationship serious, I will have to bear a child for him.”
According to her, she took in for him but had a miscarriage. He then asked her to adopt a baby, which would be his and claim that the baby was born in Canada but that the baby also died.
She further claimed that he made her swear to an oath of loyalty but she eventually caught him with another woman.
She said, “I became infuriated and he became furious and warned me never to visit him again, that he is no longer interested in the relationship.
“I reminded him of the oath he forced me to take that no man must have any relationship with me again and the promise to be giving N20m every six months, buy me a property in a choice area, buy a brand new car every six months, which he had never fulfilled.
“I told him that I would tell the whole world how he has ruined my life and deceived me out of my marriage where I had four children.”
Kamalu told the court that this was why the lawmaker used the police to arrest her on May 27, 2019 and detained for seven days.
When Chima was contacted on the telephone on Saturday evening for his reaction to the rape and N20m allegations, he said, “I’m inside a court now, can we talk later? I’m inside a court.”
Later that night and yesterday, his number rang out, while he failed to return our correspondent’s call.
News