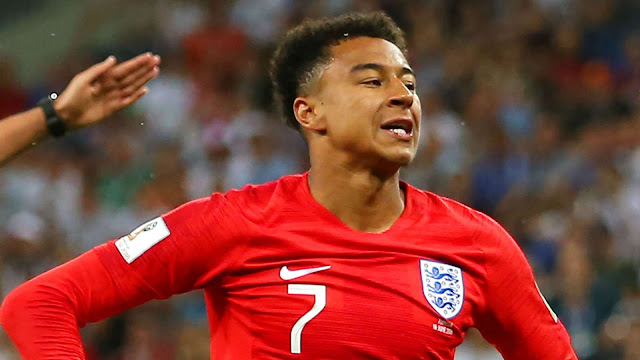 Jesse Lingard has been ruled out of England's Euro 2020 qualifiers against Bulgaria and Kosovo through illness.


The midfielder was not named in the squad for Saturday's visit of Bulgaria, with the Three Lions confirming soon after that he will return to Manchester United.
Lingard has endured a difficult start to the season with his club side, failing to make an impact in the Red Devils' opening three games before being dropped to the substitutes' bench for the draw with Southampton last weekend.
No timescale has been put on his return, but he will hope to be fit for United's Premier League clash against Leicester City next Saturday.
England manager Gareth Southgate confirmed to ITV before a meeting with Bulgaria that Lingard would no longer be available to him during the current round of international fixtures.
He said: "We decided to send [Jesse] home.
"He hasn't been able to train the last couple of days. We don't think he'll be ready for Tuesday."
Southgate also revealed that he has no intention of bringing in cover for Lingard.
He added: "We've still got 23 players [so won't call up a replacement for Lingard].”
England have now lost two United stars from their current squad, with Aaron Wan-Bissaka also forced to withdraw from the ranks.
He had been hoping to put himself in contention for a senior debut.

Lingard is another to have missed out on a chance to prove his worth amid a testing period for the 26-year-old.
He has not provided a goal or assist at club level in 2019, with Southgate having had to defend his selection of the Red Devils academy graduate.
The Three Lions boss said: "I think you'd have to say I've seen him have better spells for United.
"I think Ole has a young, energetic team, and I think Jesse's pressing and the energy he brings to that has been an important part of what they've tried to do in the first few games.
"The inclusion of Jesse for us is partly because his form for us has always been good.
"I know there were stats on his goals. He was only involved in four games for us last season because of injury - two starts and two off the bench.
"He scored two and had a goal disallowed when he came on in the Nations League game. He had a very good World Cup.
"When you're selecting a team, there's half an eye on club form but also I don't remember a game where he's been really poor for us.
"He has different attributes. I think for him and for everybody else, there is serious competition and if they aren't scoring for us or they aren't scoring for their clubs, that can make things more difficult.
"But, equally, I think it's good that we support him at this moment, in that you could argue club-wise, he's on the fringes and whether he should be ahead of others.
"But I don't think there are too many that we haven't included that should be ahead of him, and his performance for us has been very, very good."
Sports