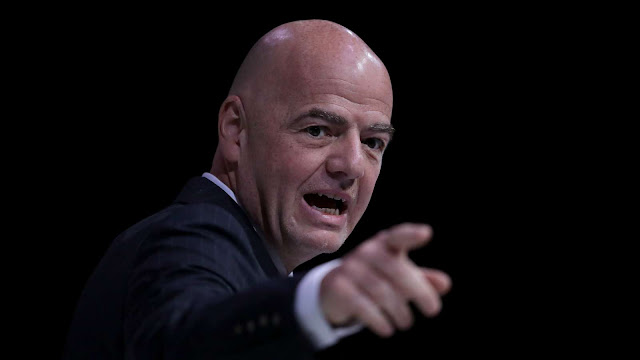 
The head of football's governing body released a statement on Thursday after Sahar Khodayari died from self-inflicted burn wounds.
Khodayari had been arrested by authorities in March for trying to sneak into the Azadi Stadium while disguised as a man and charged with 'improperly wearing hijab' and jailed for three days before being released on bail.
The woman – who had been nicknamed 'blue girl' due to the colours worn by her favourite team, Esteghlal Tehran – was forced to wait six months for her trial only to find out, upon her arrival at the courthouse in early September, that it had been postponed because the judge had a family emergency.
The BBC reported that Khodayari had overheard someone at the court suggesting that she could be jailed for between six months and two years if she was found guilty. As a result of that stress, she set herself on fire outside of the courthouse.
Her sister told Rokna that Sahar was "bipolar" and suffered from "a serious mental health condition" that was ignored and deteriorated due to her time spent with authorities and anxiety of the imminent court case.
The ban to prevent women from entering sporting stadiums in Iran has been in effect since 1981 and is the only one of its kind in the world, according to Human Rights Watch, and, despite it not being written into law, is 'ruthlessly enforced by the country's authorities'.
Last year, women were temporarily allowed into stadiums to watch the streaming of Iran's World Cup games inside a stadium in Tehran.
FIFA had previously set Iran a deadline of August 31 this year to lift this ban and allow women to attend games, but no change has yet been put into effect.
On Thursday, FIFA supremo Infantino released a statement to the public: "I am hopeful that the Iranian Federation and the Iranian authorities were receptive to our repeated calls to address this unacceptable situation.
"I contacted them several times in the recent past and so has the FIFA administration. We have a delegation of FIFA members in Iran at the moment and I am looking forward to hearing good news from them.
"Our position is clear and firm. Women have to be allowed into football stadiums in Iran.
"We understand there are steps and processes that need to be taken before this is done in a proper and safe way but now is the moment to change things and FIFA is expecting positive developments starting in the next Iran home match in October."
Iran, ranked joint 23rd in the world, host Cambodia in World Cup qualifying on October 10.
Sports